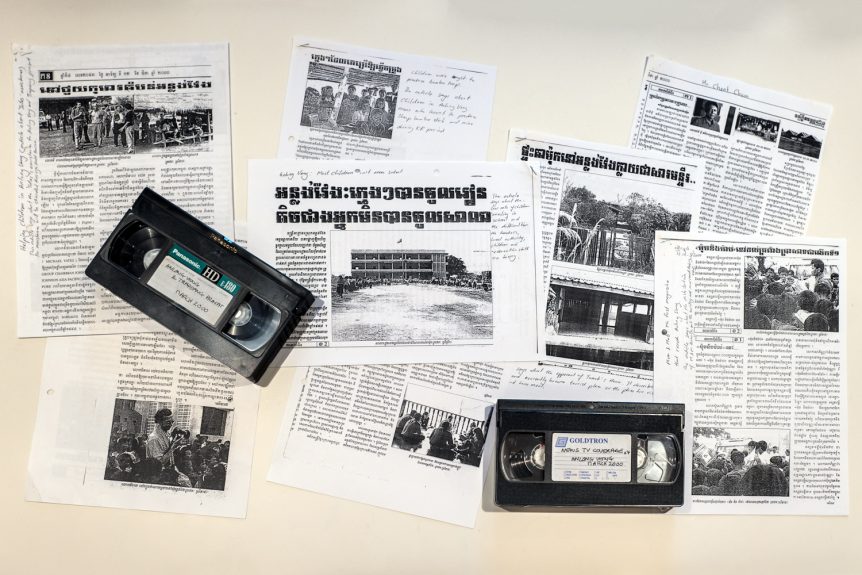 As part of the FMP, I am exploring my archives – not just my own images, going back to 1994 – but also contemporary press coverage.

When Ingrid, myself and Victoria visited the Reconciliation Areas in March 2000, we were accompanied by national Cambodian press and TV. Whilst we downplayed it at the time, reconciliation had only been happening for a year or so, and most people were still afraid of the Khmer Rouge. I can recall the local people at our hotel who thought we were literally crazy to travel north without an army. And, to take a ten year old girl …

In any event, I am now in the process of scanning and curating. I am going to convert the TV News VHS videos (four clips).

There is also a ninety minute video made by the Redd Barna / Save the Children film crew of that first visit. As it happens, we have a VHS / DVD unit which can create digital copies for use in Adobe Premiere.

I will see whether any of the footage is valuable for the BRLSI installation.

In the header above, you can see us, Gunnar Andersen of Redd Barna, Sarath (handing out Mom & Map magazines), Sereidy (Provincial Education Office), Cheat Chum (the Khmer Rouge District Governor) and others.

At the bottom, there is an image of us all having a picnic. That was in Ta Mok’s house at Anlong Veng. Ta Mok was known as ‘The Butcher’, and was the last KR Commander to be captured. Ironically he was reasonably well regarded by the inhabitants of Anlong Veng, as he created schools and other infrastructure – and challenged Pol Pot as he (Ta Mok) wanted reconciliation earlier. 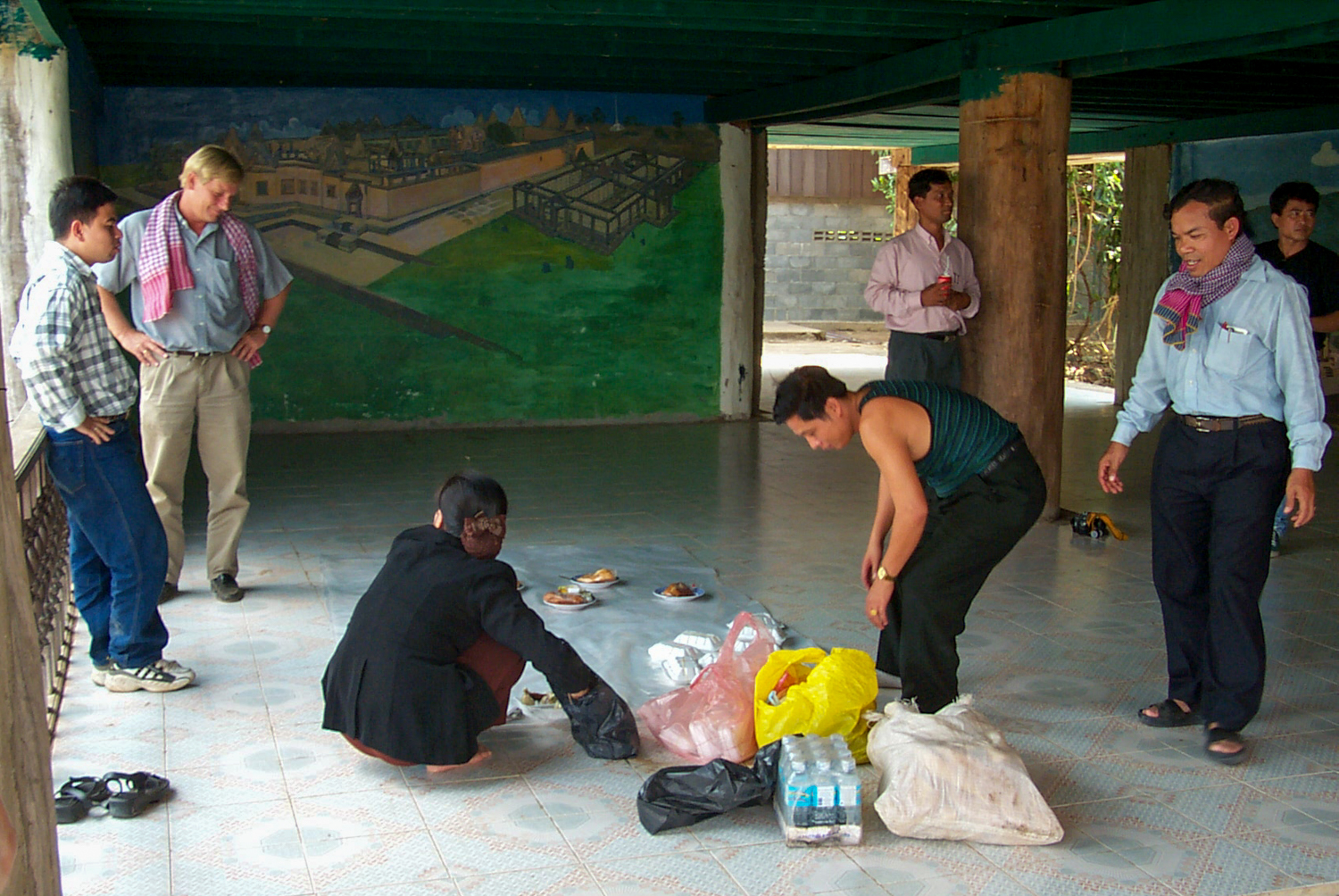 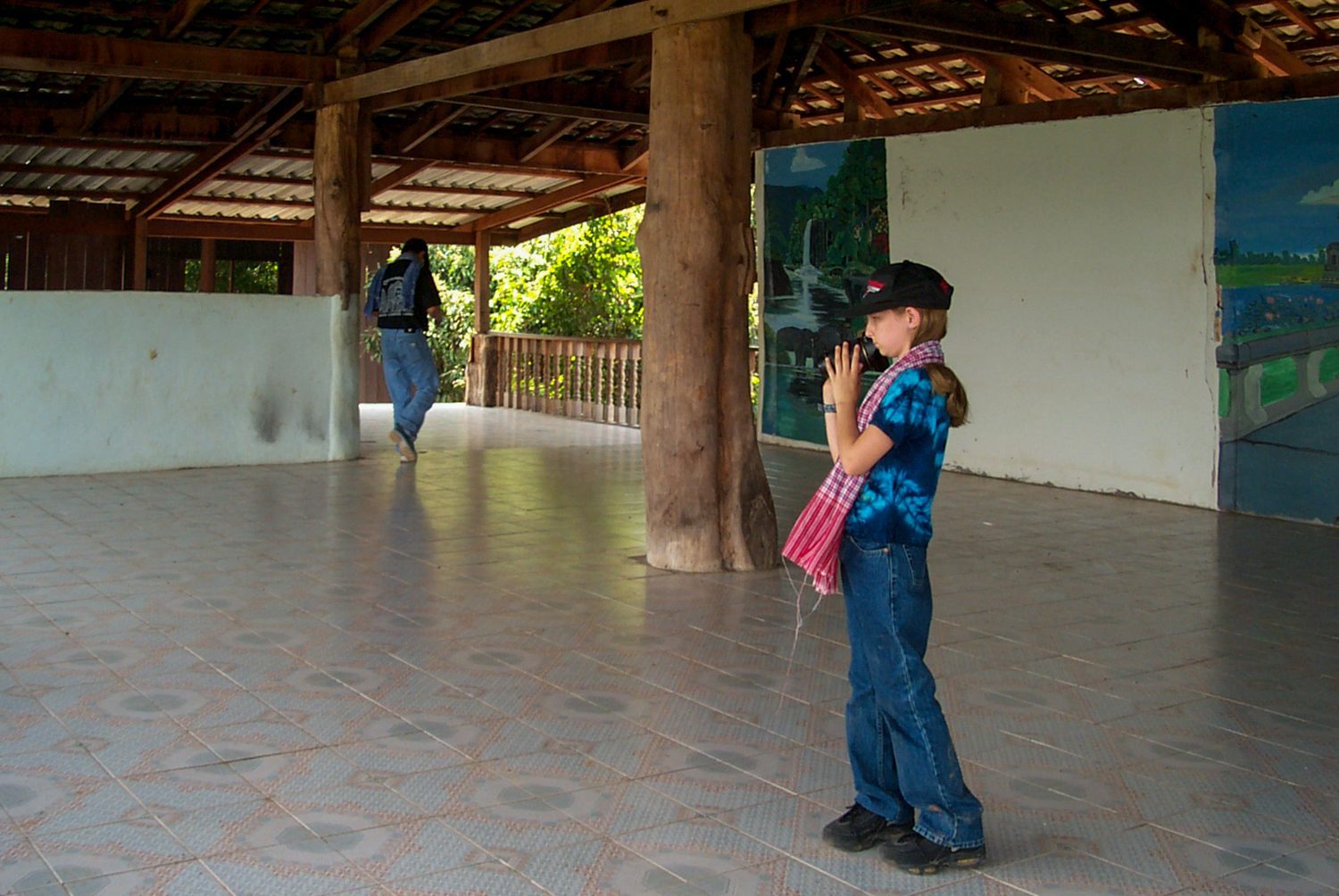 Victoria with a Nikon – starting early in her media and design career. 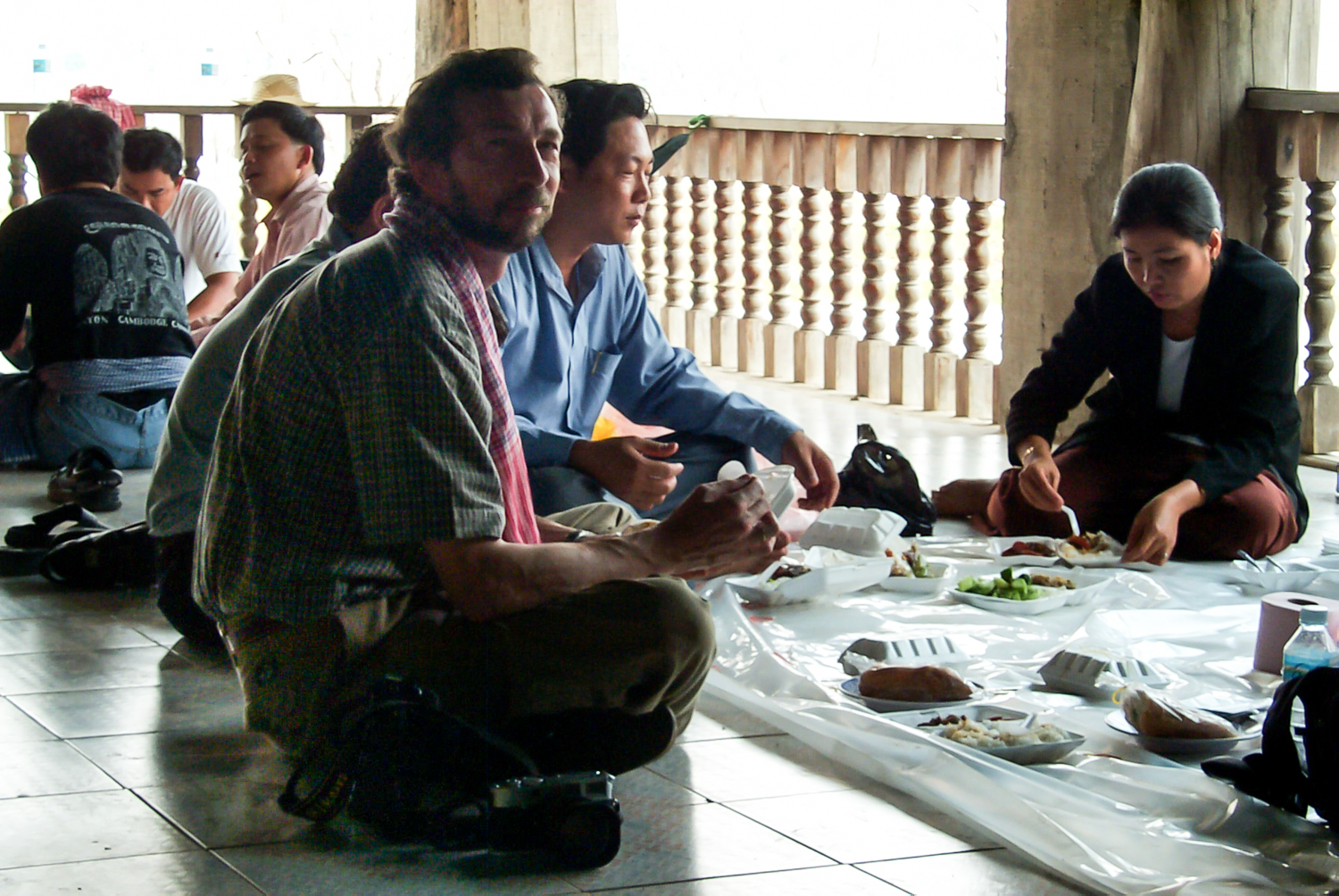 Still, having a picnic in the house of a man later put on trial for Genocide has to be one of the most bizarre things we have ever done – and then having the whole thing filmed by national press. All of the local people thought that this was a good thing to do – a kind of taking back of control. 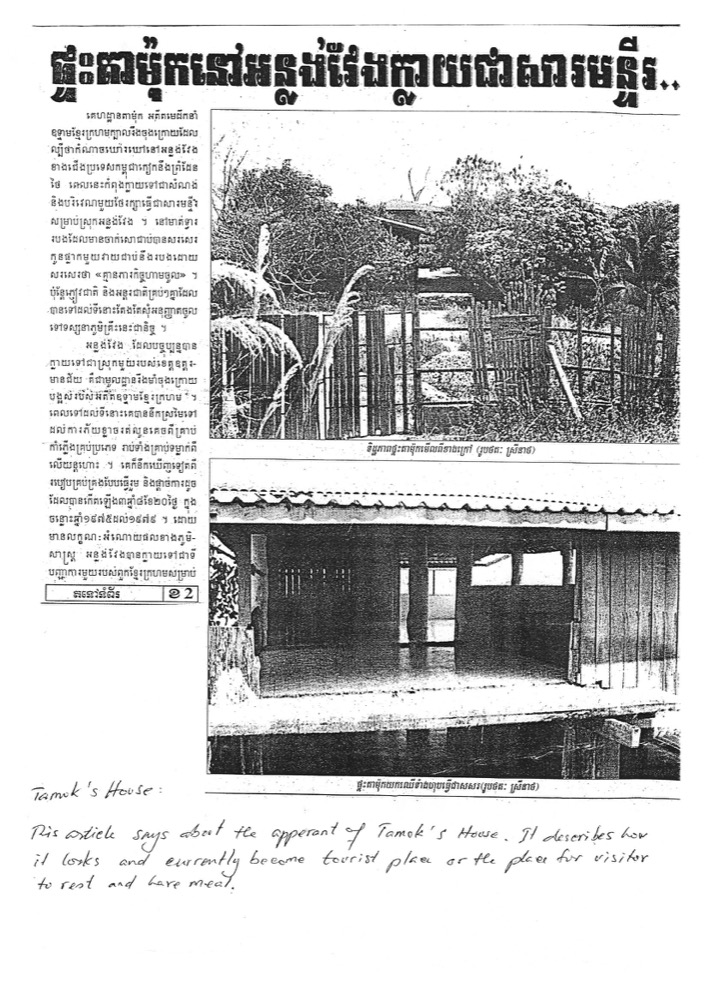 The press coverage noted that Ta Mok’s House had become a tourist place ‘for visitors to rest and have a meal‘. 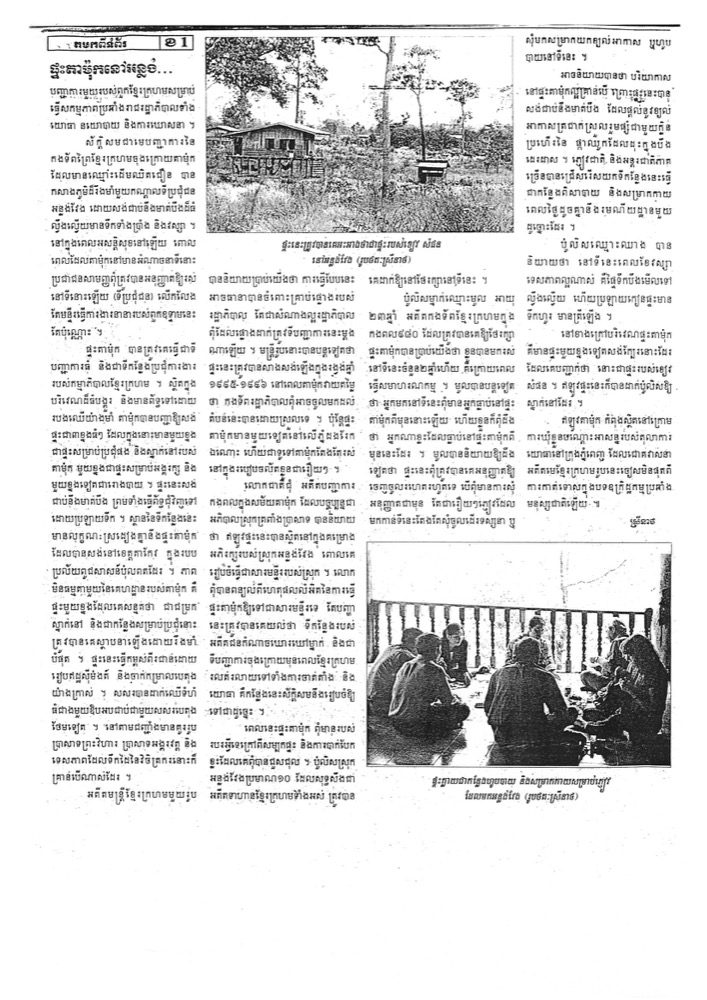 Today, Ta Mok’s house remains a ‘dark tourist’ attraction. Local people have ‘get togethers’ there, with food and drink, sometimes, in the grounds. But I haven’t seen anyone having a picnic in the house.