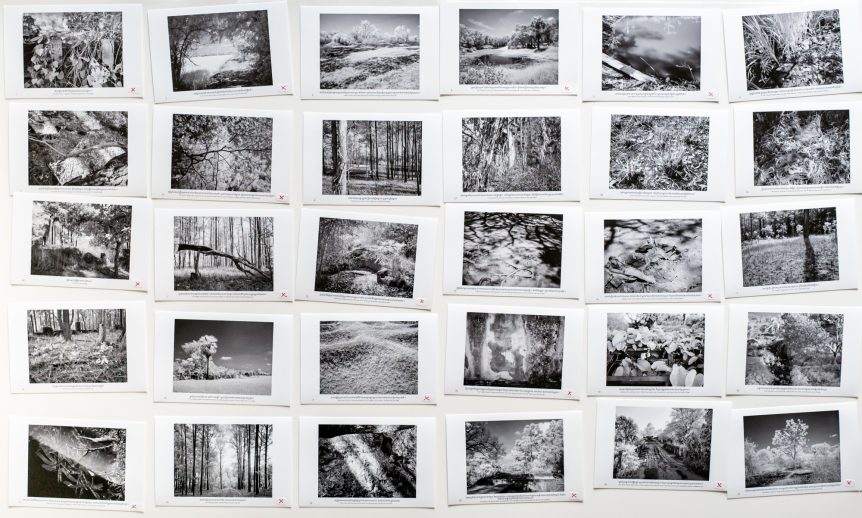 Had a good webinar with Wendy today. I started by saying that I was quite pleased with how things had developed, and could now see the shape of the final MA work.

The main subject was where things tend with my choice of ‘core images’ for the December installation.

Wendy liked the way that Khmer quotes ‘place’ the image, and commented that she could see my research in action, rather than just settling for what I had. The images need more space between the photograph and the text, yet the text must be clearly legible. I have created very large files with just this sort of experiment in mind.

Getting the ‘right’ spatial relationship between photograph and text at scale is key. Equally, getting this right for, e.g., movie marketing is also very important.

I noted that the Khmer text used was actually the Cambodian native PC / Mac fonts – a point which Wendy found interesting and which I will cover in my final review. The Khmer has been checked several times for total accuracy.

A test print (or two) at AI will be needed to consider the impact properly. I am separately talking with Loxley (my long term printers, in Scotland) about a printing deal, and in particular how to get the metallic dibond at a decent price – although after show usage and storage is an open question.

We went through my choice of ‘top 30’ (header) and Wendy commented on each – mainly on the quotes and the use of commas.

I’ll look at that issue – especially on 7,8,9,13,14,18,20,23,26. Whilst all of these are actually grammatically correct, it might make them easier to read without so much punctuation. I do intend to keep the inverted commas to be sure people know these are real quotes.

It is also clear that some quotes are stronger than others, and more emotionally powerful. At the moment I see this as the key visual for the show: 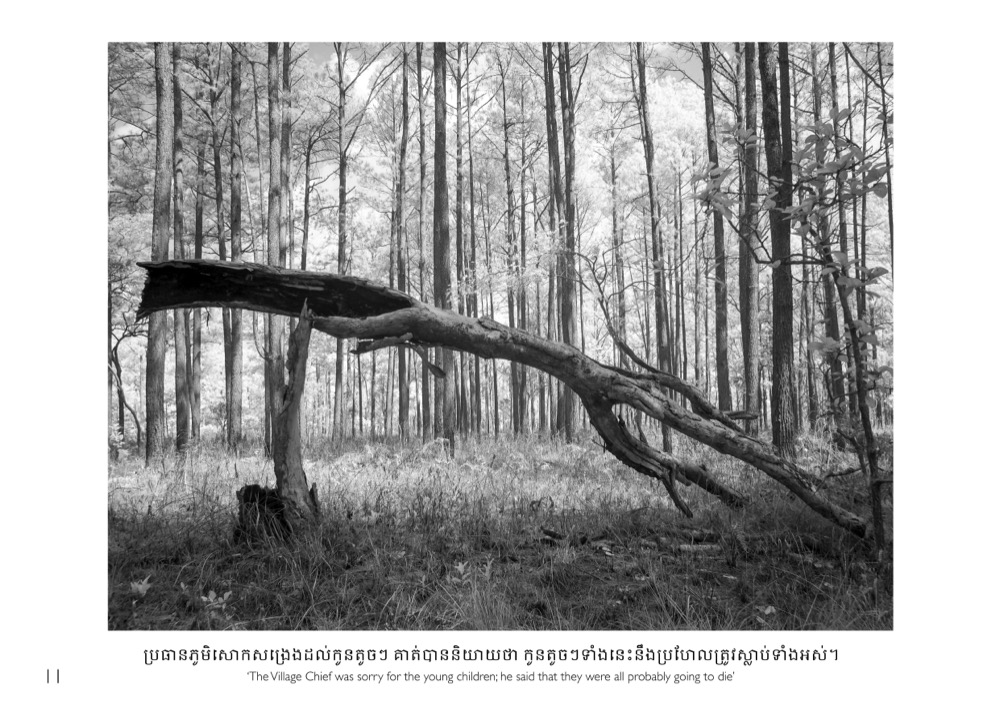 I am currently asking a diverse group to also look at these ‘top 30’ to help rate and curate. More on that anon, though this image is in the top 2. And it is already clear that there is at least one ‘people’ favourite’ that wasn’t in my personal top 10. 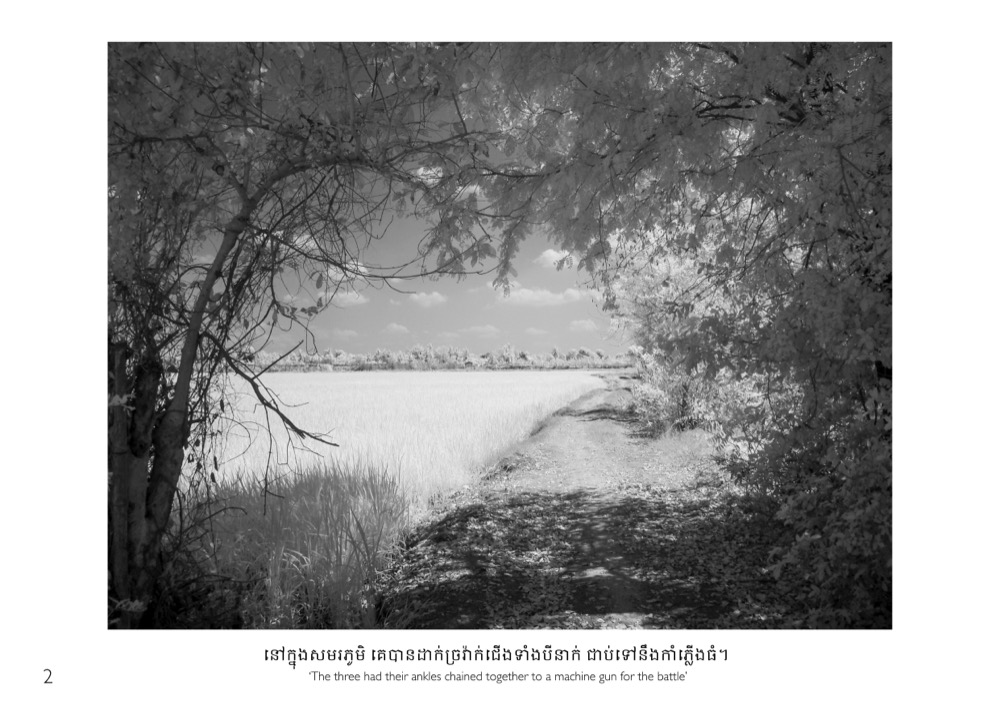 Whilst the photograph/quote is fixed in the book, I think there may be some scope for remixing for a couple of images foe the show.

I noted that the BRLSI space can easily handle a dozen A1 prints. At the moment I envisage a roughly chronological order – before, during the genocide, after – although I do need a few hanging plan alternates, including mixing sizes. I believe the wall space could, for example, handle ‘stacked’ A2s, and one area could handle A0 or larger.

Wendy commented that BRLSI seemed to lend itself to a grid layout, and at our next meeting we should talk possible layouts of the show.

I have always intend to allow the audience to explore the story details with takeaways, zines, possibly QR links to online (e.g. exposure.com – Akeo’s Mother passes away)

BRLSI has several display cabinets which can be used to good effect, and I am exploring both recent and archive film materials. Mom & Map, from Save the Children, at one time was the most widely read kid’s magazine in the Khmer Rouge Reconciliation areas and beyond – I hope to have copies in December.

We discussed possible next steps – an exhibition in Leeds, another in Cambodia – and how to think about making things portable.

I did raise the question as to what Falmouth seem less interested in the book than the show. Wendy thought that the book was an ongoing project – which it actually isn’t. It has only been in process since the MA started, being part of my original proposal to Jesse, and then printed in the UK. I also strongly see the book creation – and especially the personal stories – as essential to being able to conceptualise a show. Wendy commented that this was a really good distillation, and I can of course highlight the book (Issuu?) in my FMP documentation and portfolio.

Wendy also (encouragingly) noted that she was pleased to see ongoing development and research into the work; her previously unspoken fear being that I might just have stopped with what I had and just ‘executed’.

I will ensure that both the research-led process for the book 9which actually was very intensive), and the use of the book to distill the show is clear in my final critical review.