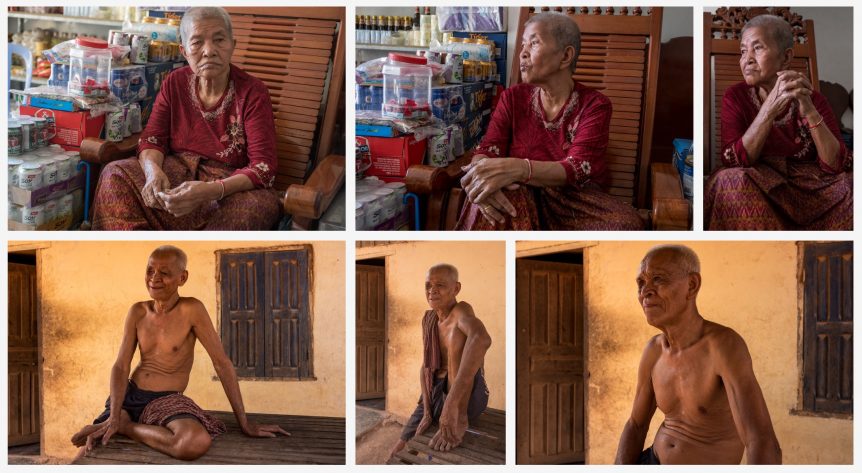 It was an interesting webinar yesterday with Michelle. Clive, Vincent and Peng were in the group.

I shared two (early) sets of work from this trip. The first was portraits, where I am continuing to pursue intimacy. And the second was my initial infrared landscape work, which are the next step in experimentation after the last WIP, featuring black and white negatives. All were shot with primes, and uncropped.

On portraits, I had only prepared two images – Am Yon, Sarath’s Mother, and Ngoung Koeung, a Khmer Rouge Cadre we met in Battambang for the first time. These are the images on the right in the header. I received encouraging feedback, on the naturalness of the images, pose and lighting. It was also noted that I had deliberately ‘shot from below’, although the left-facing composition was simply a coincidence rather than a theme.

The backstory is that Ngoung Keoung was a KR administrator for the work sites where Sarath was held captive for 4 years. He had not been interviewed before, and Sarath will go back. 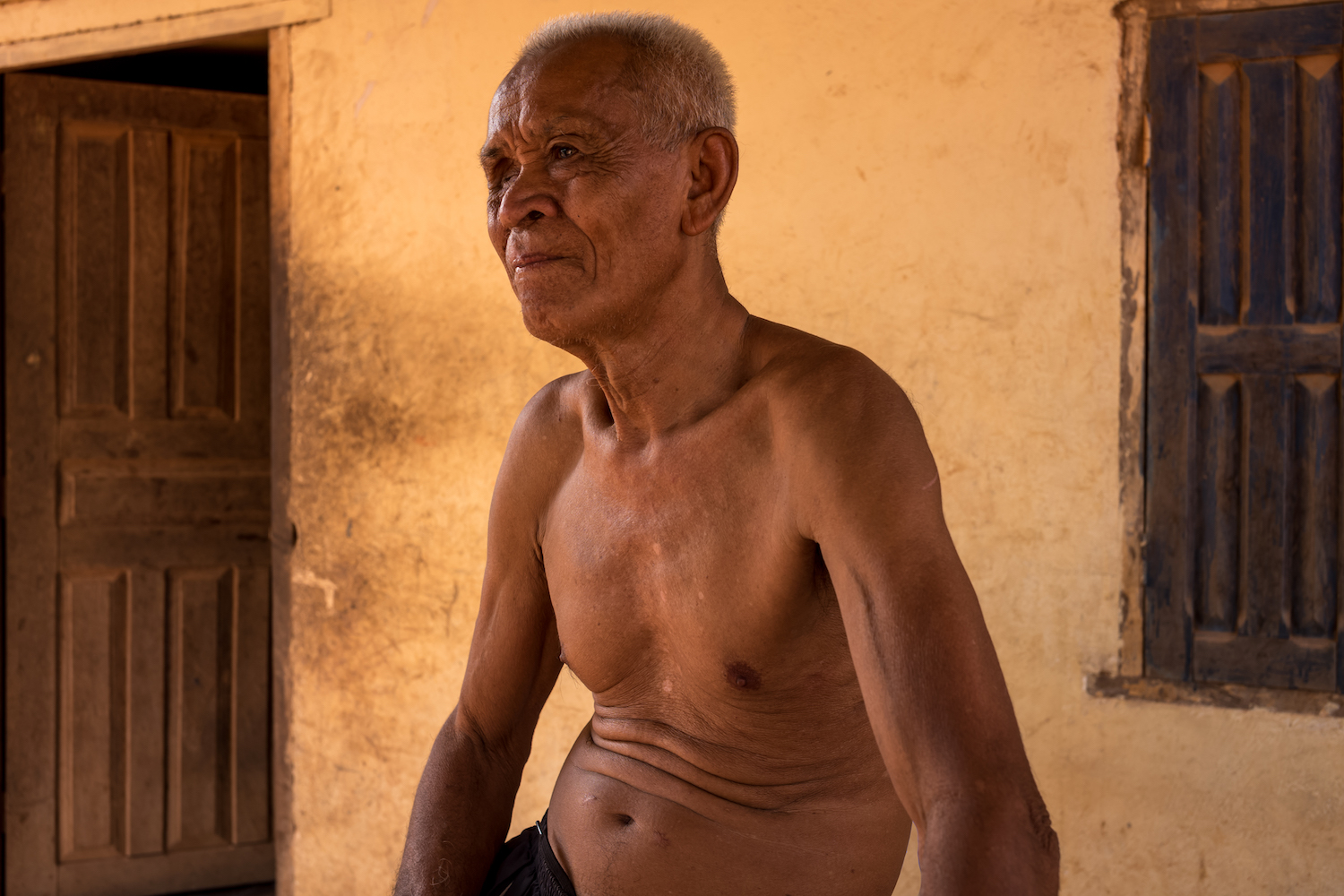 The other comment, that the portraits may be a bit ‘National Geographic’ I find rather harder to act upon. Whilst I share some of the concerns of the historically rather ‘white male / imperialist gaze’ of that magazine, I believe that I am very conscious of the need to present my work in an appropriate cultural context, not least as my primary audience is in Cambodia itself. 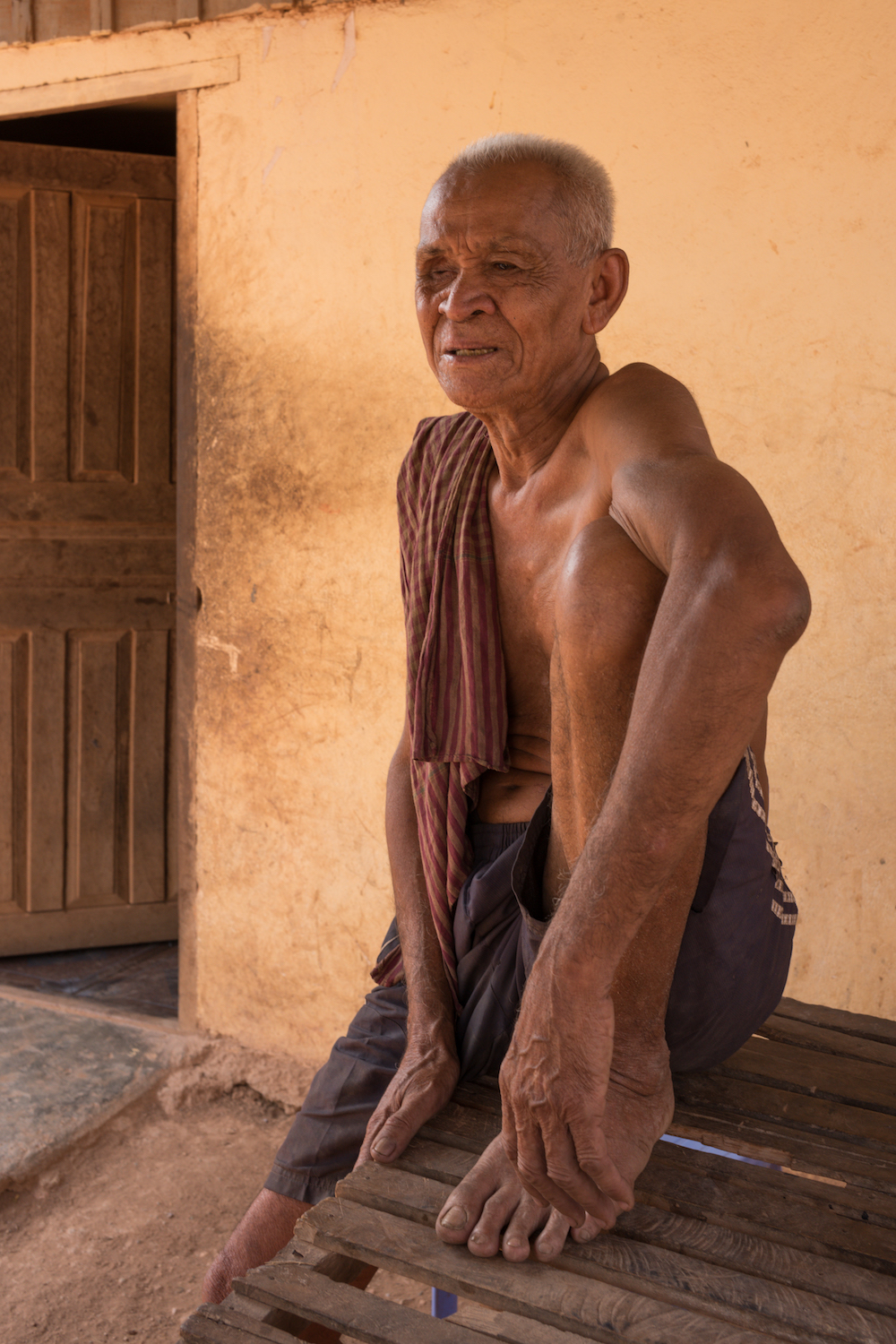 I find the angular pose interesting, although I wonder if that detracts from his face, which carries a million meanings. Contextually, I particularly like that he is wearing a traditional Krama (scarf), one of the only items of colour that the Khmer Rouge had with their otherwise black outfits.

I will be printing various versions to take to the Falmouth F2F.

On the infrared work, there was also encouraging feedback. Michelle responded positively to the more metaphorical images, feeling that should be my focus. Examples included: 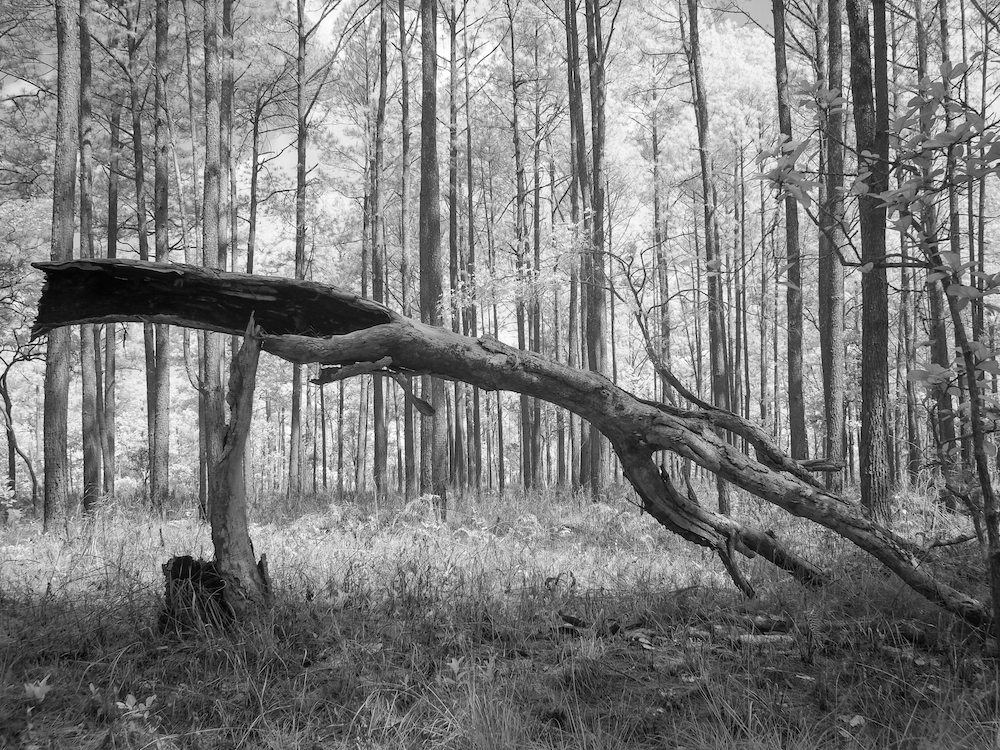 Kirirom Forest, where Sarath lived as a boy, and where his military father fought 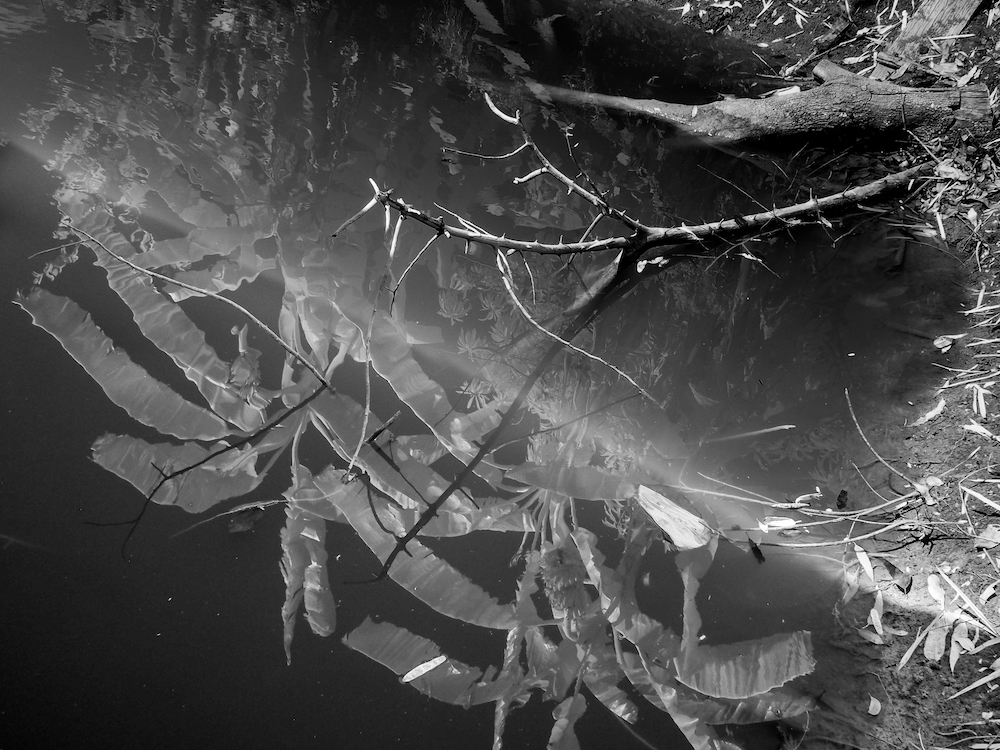 Michelle also encouraged me to look at ‘regular’ black and white, considering a mix of image approaches depending on the subject. I noted the influence on my latest work of Judy Glickman Lauder, who used a mix of regular, negative and infrared black and whites in her book on the Holocaust in Denmark.

Richard Mosse‘ work using infrared colour in war zones does define the genre to some audiences, and that is a watch out. My plan is to use a mix of images without his strongly polarised ‘false colour’.

I have been meeting with local photographers, including Mak Remissa, and seeking other local counsel on my work, such as Youk Chhang, of DC-Cam (who gave my black and white negatives the name ‘A Prayer from Hell‘). So far the overall response has been encouraging, to the point where Remissa even suggested that we might mount a joint exhibition with younger Cambodian photographers, in 2020.

I will bring a mix of black and white, and colour, prints to the F2F.

Stepping back, Michelle again referred to David Goldblatt’s work, especially on Truth and Reconciliation, and wondered if that approach could be useful in Cambodia, getting victims and perpetrators together.

I do think that a valid exercise, and certainly the encounter between Sarath and Ngoung Keoung is one such event. I do need to be sure, though, that the intended book of ‘Unfinished Stories’ from Sarath and family does justice to them as a primary audience.

Separately, I have written about Goldblatt, and am waiting the latest book on the major retrospective currently on in Sydney, which I will consider further. The book was ordered in January, though frustratingly will not arrive until March for some reason.