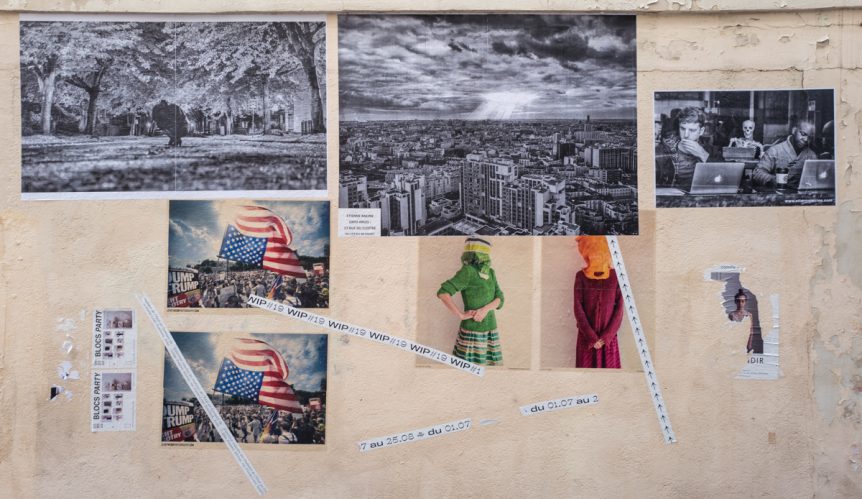 This was our first visit to Rencontres d’Arles, and it will not be the last. A terrific experience. The venues and presentation puts Paris Photo, Photo London et al to shame. We had never seen such a fascinating range of venues, with exhibits really tuned to their environments. Perhaps next time it will be a family trip with some of the others in the artistic side of our gene pool.

I am not going to get into great detail on specific installations here – more later. Rather I want to summarise today’s critical review with Jesse, Wendy, Clodagh, Teresa, Ilya, Becky, Andrew and Michael.

I admit to being nervous before the event. Not because I do not have faith in the project, but because previous reviews have often left some kind of hanging issue – possibly because my explanation was not complete, or possibly because attempts to understand my project were (so to say) a little superficial. Either way, I was in retrospect surprised how nerve racking it all was.

Last night Ingrid and I had dinner with Teresa and Tom, and the project came up. Teresa offered the view that in personally stepping a bit into the background of the project, without really talking (passionately) about our involvement was part of the issue. And she also noted that I usually say ‘we’ not ‘I’, which might not help. Tom, as a University teacher of Masters students, queried to what extent I had been able to take on board new inputs with such a dearly held personal project.

Jesse had suggested ‘more not less’. So, I shared the actual personal ‘unfinished stories’ from the time son the Genocide, with images – something I had not done as directly before. I also shared a wide range of pages from the book design which Vicky is creating, archive materials, and the ‘philosophical journey’ as to how I got from dark tourist reportage to aftermath, traces, negatives, quotes and so forth. The MA has led me on a merry path.

It was a lot of material. And this time I did allude more directly to our family’s fairly deep engagement with the country, people and Government.

I was pleased with the feedback. For those in the group that hadn’t seen it all before, I was told it was coherent and even ‘goose bump making’. For those that had seen it before, it had progressed in clarity and impact.

The focus of the FMP will be the installation in Bath in December, although I made the point that, for me, that needs the book. I plan giveaways on the stories, slide shows, interviews and hopefully a real life appearance from Sarath.

The installation’s visual focus will be the single quotes with the landscapes / traces images. It will however lead the viewer on a pathway from what caused the Genocide (the American Bombing amongst other things …), through what actually happened to people in the stories, to their dedication and hope for education.

BRLSI offers quite a bit of creative flexibility in how to present that, so there is much to explore and experiment with.

Wendy cautioned about focus and simplicity – and there was a debate with Jesse about including the quotes actually on the image (I will definitely do that). Whilst I have a range of multimedia available, Wendy suggested that some strong, simple voice recordings of the stories could be very powerful.

One general thought really struck a cord. I have edited the stories for grammar and clarity, but have left them very much with Sarath’s and Simeth’s ‘voice’. That reality should apply to the entire endeavour.

I came away feeling very encouraged and positively challenged.

I think I enjoyed the street art almost as much as the ‘proper’shows.

A quick word on three books.

First, the catalogue for the whole show is indispensible.

Second, Ingrid and I particularly liked a couple of shows – Datazone, by Philippe Chancel, and Rhone, by Camille Moirenc, and had to get the books.

I will write more on these and other shows after we get home. 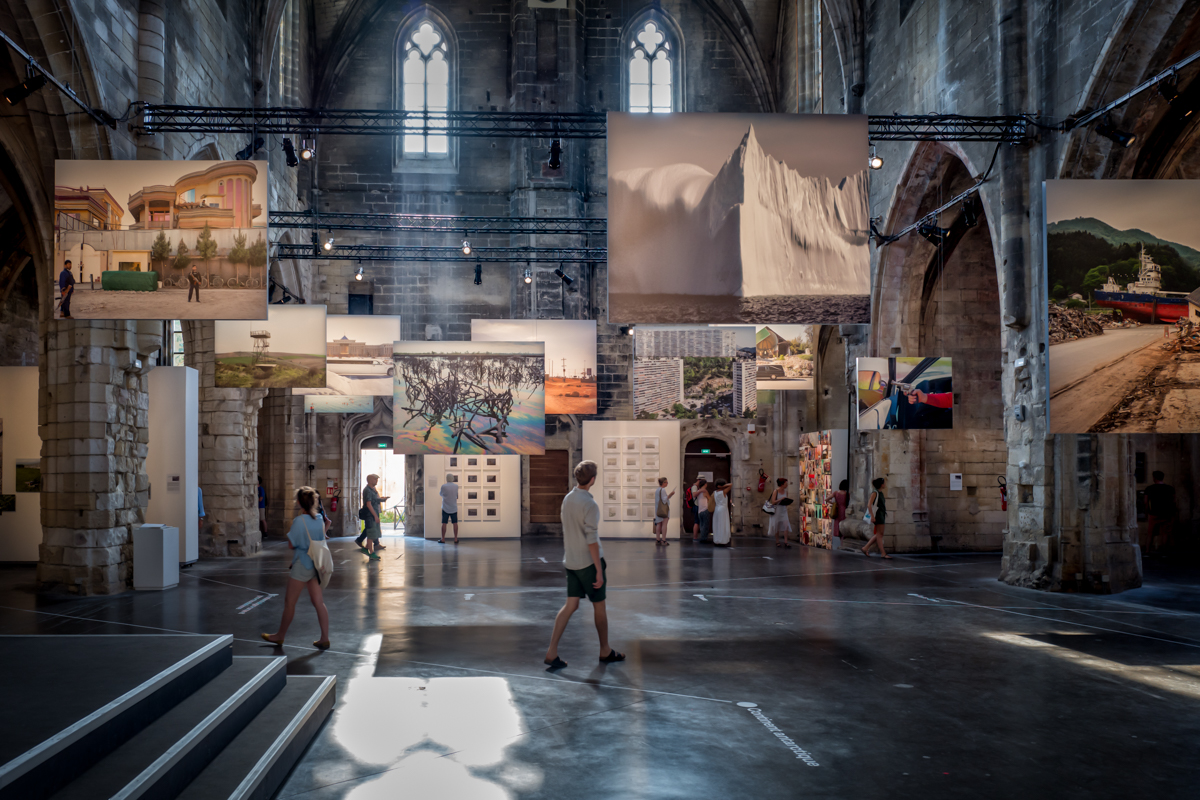 Datazone was epic and really used the vast space of the Église des Frères Prêcheurs to great effect. 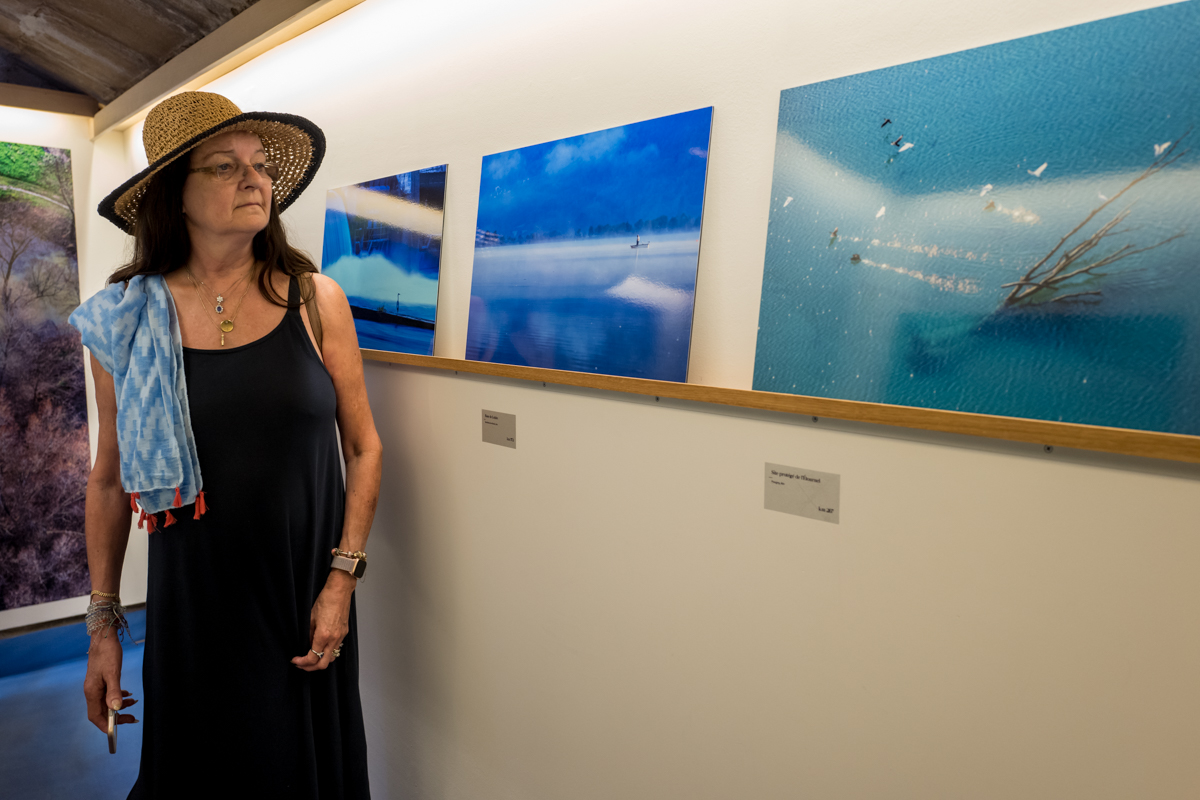 Rhône was a charming, beautiful presentation of a poetic body of work, at the vast Actes Sud bookshop, music store and gallery. I think we could move in there!