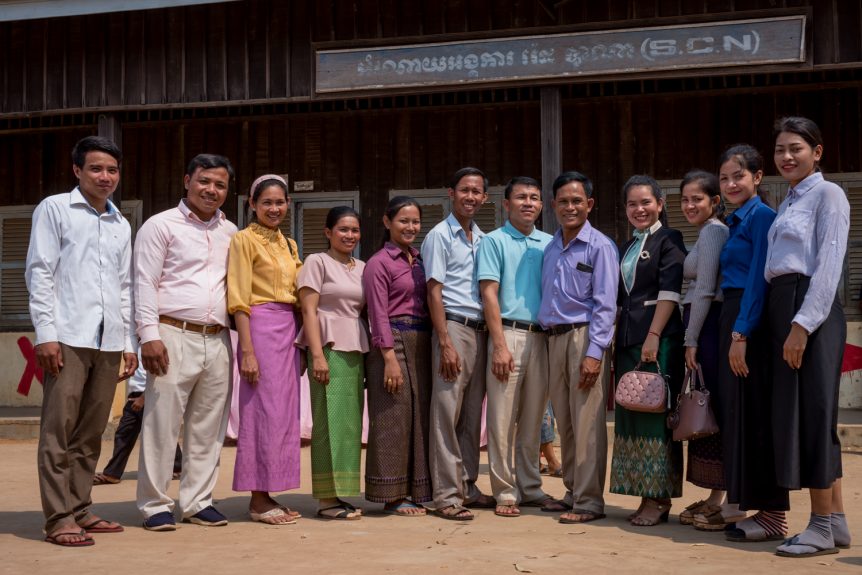 I have two kinds of reflections this week. First, what happened on the last days of my Cambodian trip. And, second, where I stand with my personal photographic practice.

I covered most of the trip in the belated week four reflections. I also noted the workshop that I spoke at for the Ministry of Education and World Bank. One thing not covered was my trip up north to Trapeang Prasat (my third visit in the past twelve months). This is where, from 2000, Ingrid and I started our schools program. It is also a town that had remained under Khmer Rouge control since the Vietnamese took over Cambodia in early 1979, until 1999, so on that first visit everyone we met was ex-Khmer Rouge.

The header is of some of teaching staff, led by Principal Keo Saroeurn. A fuller story about the latest school status is here. 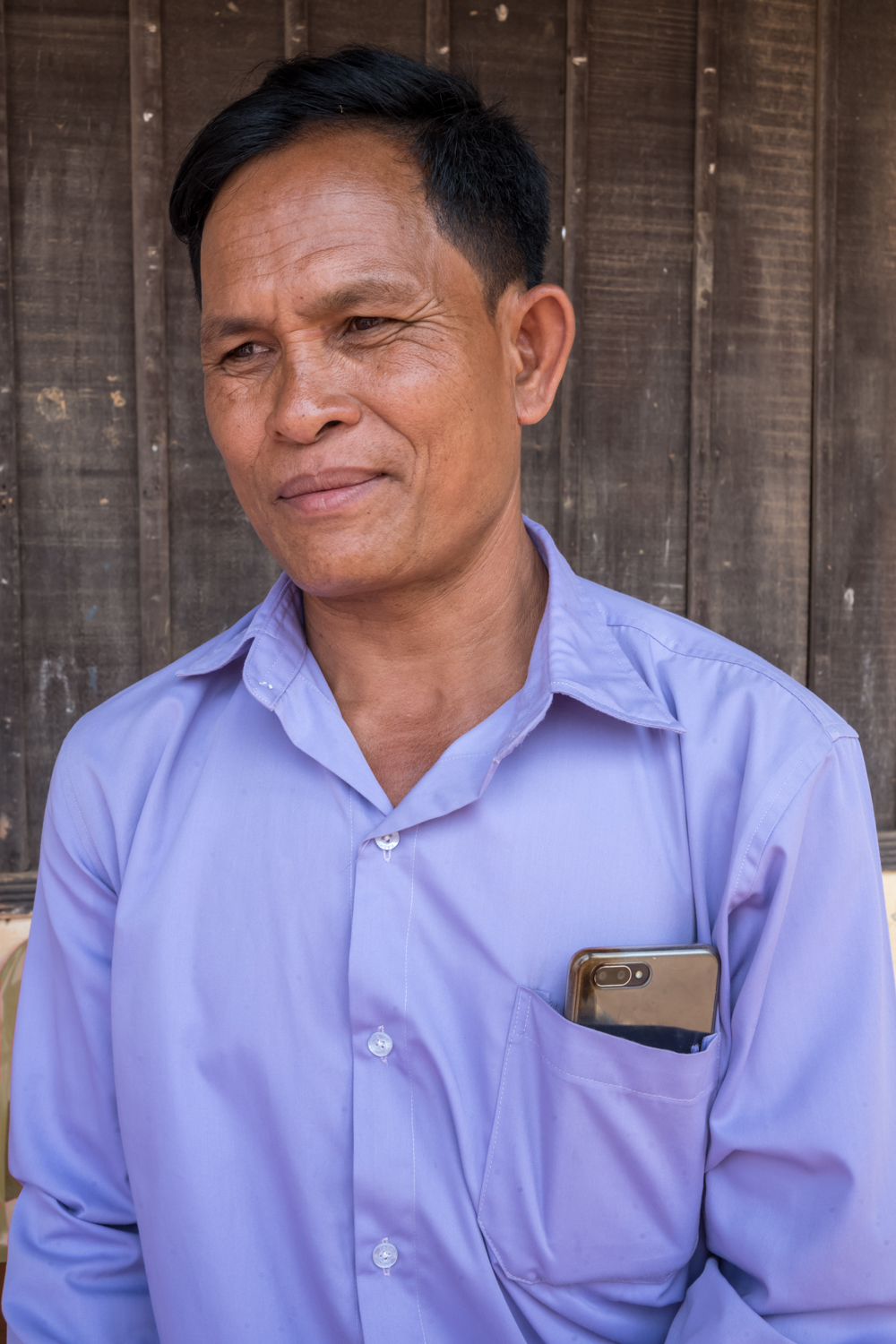 Two things stand out from the school. First, Prime Minister Hun Sen has kept his word, and the school is called the ‘Hun Sen Yates Family Primary School’, something of a first, we think, in Cambodia. Second, technology. The younger teachers (and even some of the older children0 wanted to connect on Facebook. Times change.

We also were able to visit with Chum Cheat. He was the Community leader in 2000, and we have met him many times since, though sadly not for a few years. 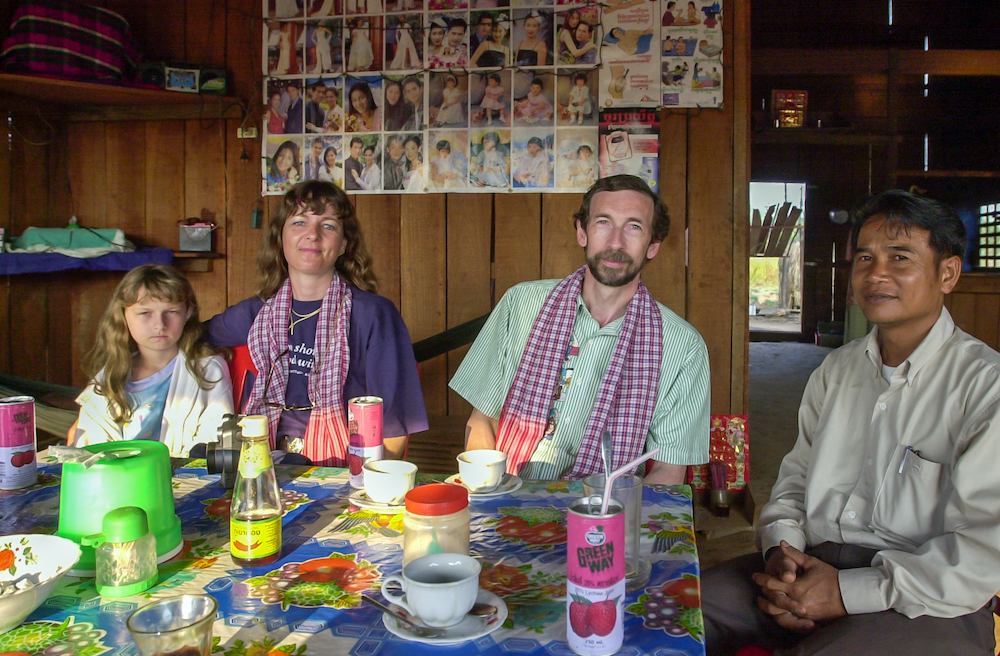 This time, we had a long conversation about his history, including his time in the Khmer Rouge. He had joined in 1970, as a response to the coup against Sihanouk undertaken by the (corrupt) Lon Nol regime, which became backed by the USA. During the Genocide years, he was moved around the country. He has been interviewed twice by the UN Tribunal, with no follow up action. His revolutionary name was Cheat Chum, which was changed to Chum Cheat at Hun Sen’s request, at the time of the 1999 Reconciliation process.

His last Khmer Rouge army rank was Brigadier, although he was promoted to General in the Royal Cambodian Army by Hun Sen. He much preferred being the civilian community leader, which happened fairly soon, and he eventually became Deputy Provincial Governor. We discussed what troubled him these days, and what he was reading. He was troubled that the country had not healed, and that everyone was being treated equally. And he was reading books on leadership and community building, which we discussed as a common interest.

We also talked about some aspects of what was going on in the world, including his first visit to Singapore, last year. 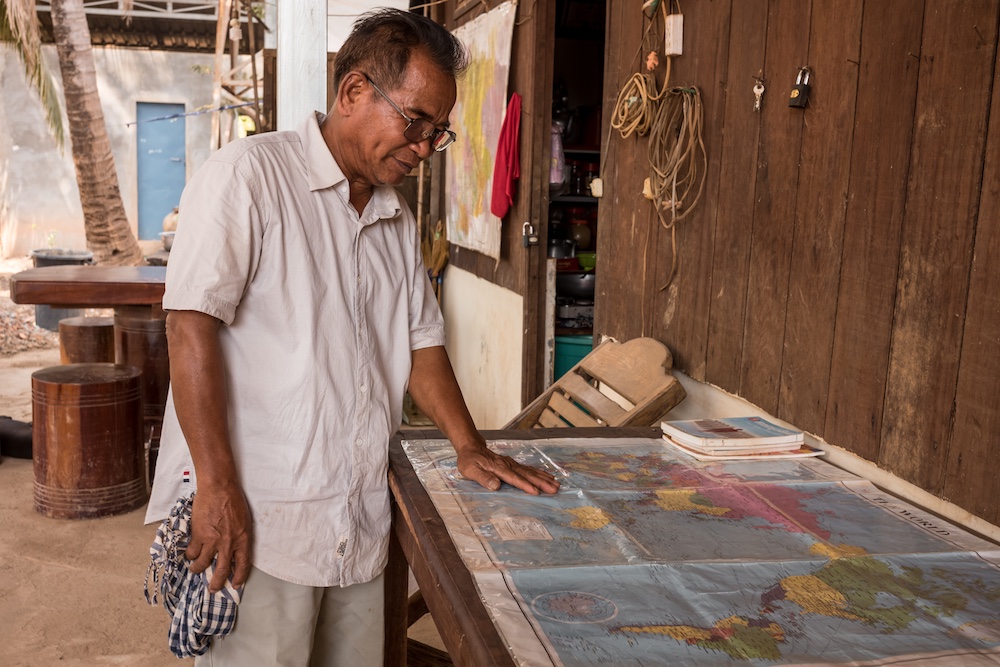 We can never know all of the ins and outs, although we wrote down a lot more detail, this trip, and we will attempt to track down the UN Tribunal report. Still, the visit underlined our previous view that Chum Cheat was a good leader of his community, as he was a champion for the education programs and of the reconciliation process from the beginning. Clearly he is held in high regard by everyone in Trapeang Prasat and the Ministry of Education at Siem Reap.

He explained that he had set aside part of his farm to grow bamboo, to help educate the community on re-forestation, and eventually on creating a sustainable business making bamboo products.

Much food for thought (again), although Ingrid and I remain certain that reconciliation and working with ex Khmer Rouge was the right strategy.

Turning now to the second set of reflections,  on my practice, I feel rather unsure.

On one hand, I am exploring new visual approaches to the ‘Unfinished stories’ narrative, and getting a fair amount of positive encouragement to keep moving the work forward, especially in Cambodia, from people like Youk Chhang and Mak Remissa. The ‘digital negatives’ work was also quite well thought of in the Sustainable Prospects module. I am also making good progress on the book and possible exhibition projects.

I suspect. though, that the core issue is the need for a clearer identification of the MA project around ‘Unfinished Stories’ as opposed to my ongoing Cambodian educational relationship. I will write this up after the F2F.

Questioning is a good thing, of course, and I truly appreciate the input and critique from the Falmouth faculty. Perhaps it is just because, by nature, I am rather self-doubting. And perhaps it is because I am pursuing too many different strands. Whilst that may be essential to the Cambodian project, it might be confusing my MA work.

Much more food for thought.