Events, getting mixed in with people, getting close, trying to capture the atmosphere. That is my reflection this week.

The local camera group have been asked by Frome Festival to capture the events, a surprisingly big, diverse program of events of all kinds, spread from one weekend to another.  It was hard to resist, and honestly provided a welcome break from fussing with Genocide or theories of Time.

The first gig, with Alexandra’s Washboard Band, started late, though was in very good humour. As always, introducing oneself to the venue, and to the band, stating my intentions was a good move. in fact, everyone seemed excited to be in the photographic spotlight. 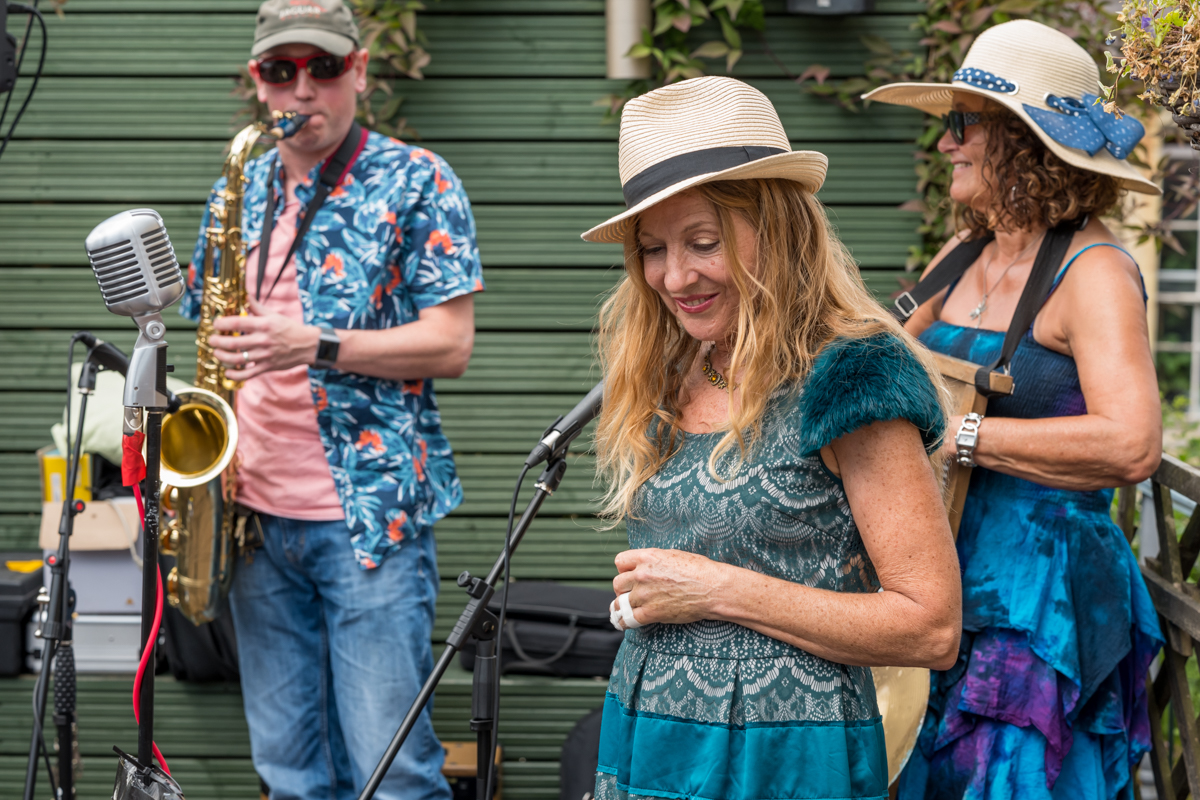 I am not claiming anything particularly special about the shot, but it was what the client needed. The day also gave an opportunity to capture some more spontaneous scenes. The ‘shot of the day’ for me was this one. 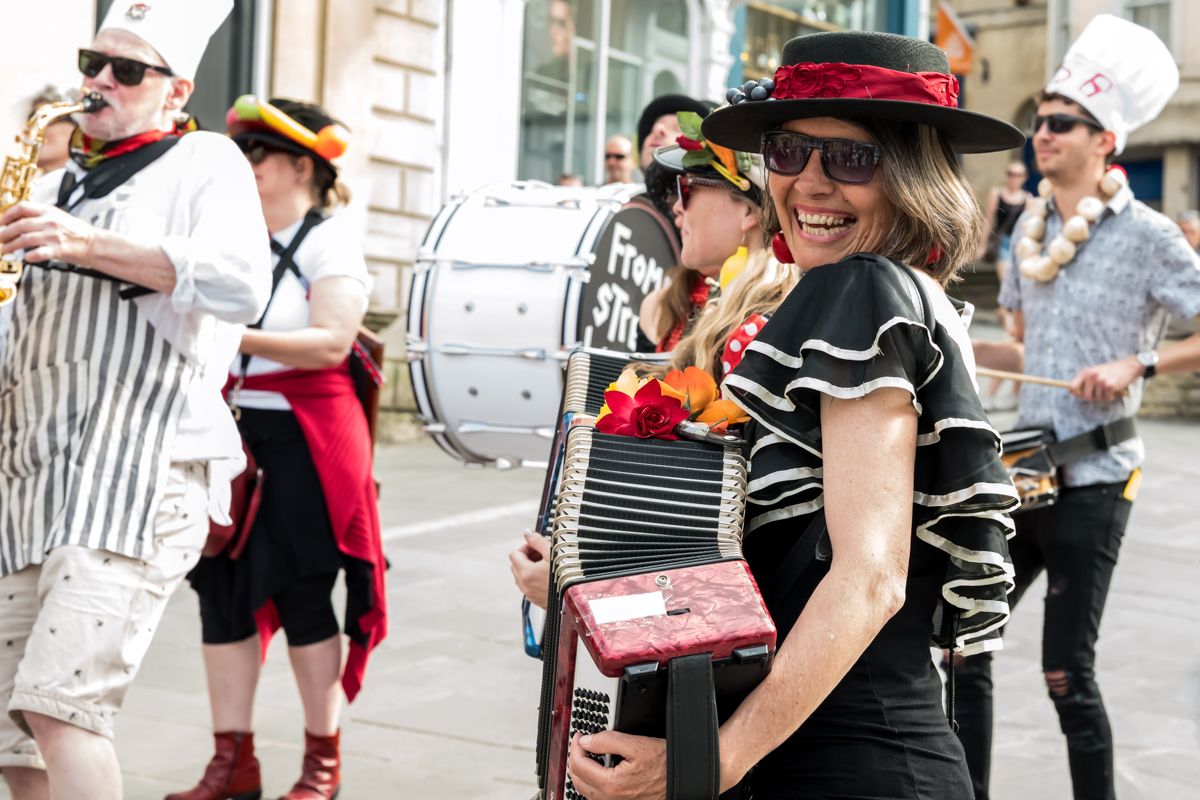 Often I (and others) find I can err towards quite formal composition, so it was nice to not do that. I had opted to take two cameras with me, both with prime lenses, as a more disciplined approach. The 75mm actually helped take tight, energetic images.

And the quality of the lens shines, as in this interior gig photograph. 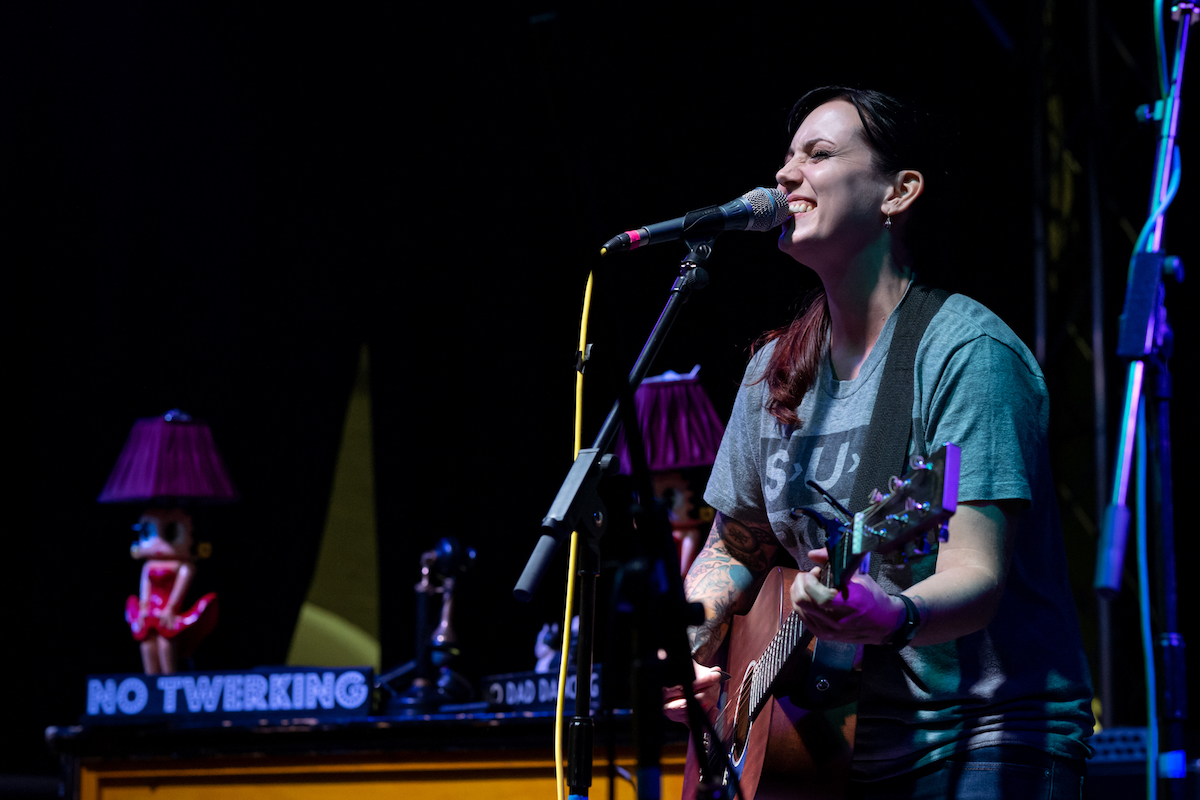 I could have got tighter, but I enjoyed the rather anomalous ‘no twerking sign’ that had been set up for the next band.

The header is worth noting as it is two 35mm photographs merged in software, which I would not normally do. I felt a ‘banner’ style would be useful, and shooting this way rather than standing further back or using a wider lens meant that I could minimise the crowd milling around the band.

I am not claiming anything about these images other than that they show my style, and I will be pleased to have them in my ‘event portfolio’ for other clients.

And it was a nice, fun, photographic break, which I think we all need, occasionally, even though a job had to be done.