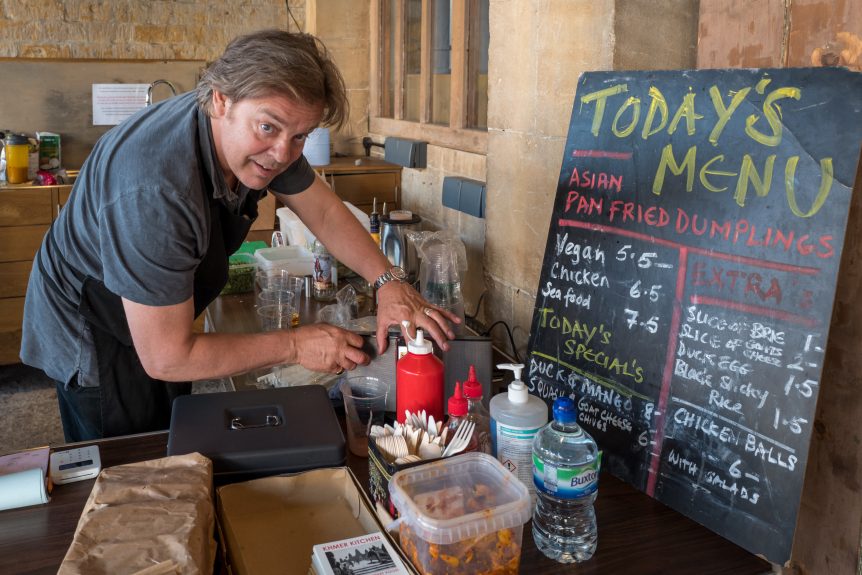 A really simple reflection this week. Ingrid and I met up with Simon and Neang, who run a pop-up restaurant business called Khmer Kitchen. We first met a month ago at Frome Independent Market, and this week the pair were running  a pop-up at Castle Carey. Simon has a London-based talent business, and is a filmmaker. Neang is originally from Cambodia, and they now live in Somerset.

We had some excellent dumplings, washed down with spicy rum smoothies.

I was talking with Simon, explaining the Cambodia project. He made these points, which I paraphrase.

Stepping back, getting outside views on the project and how I pursue it is invaluable. I need to do this more often.