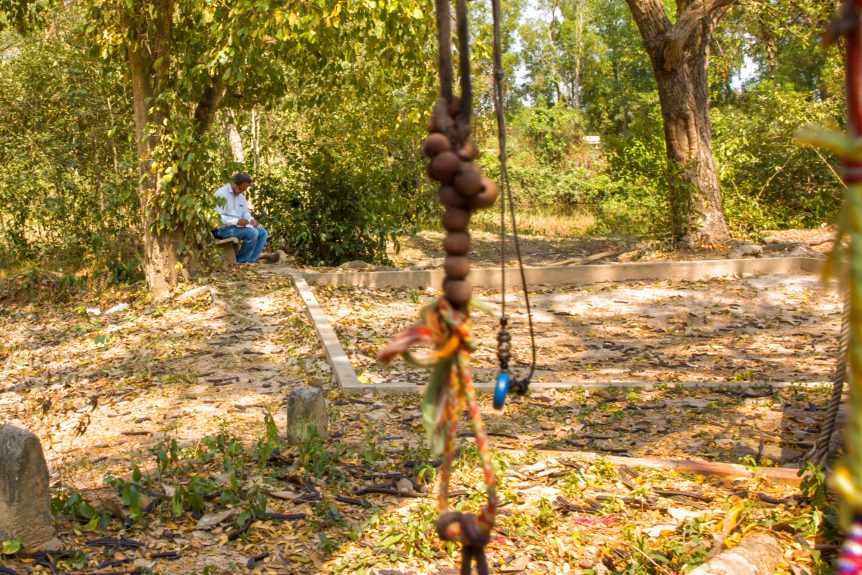 In the short video of Sarath narrating his story about going to meet his Mother, I use what is called the ‘UN Style’ of voiceover – that is, starting with the original Khmer, and then overdubbing an English track, whilst leaving the original softly in the background. This is often used in documentary work.

I also opted to have Sarath read that voice over, as I felt that anything else would detract from the highly personal nature of his story. I had previously tried other English voices, which helped confirm this opinion.

Sarath’s English is good, but his speaking is accented. That of course has pros and cons – clarity versus authenticity. As I know that Sarath prides himself on his English (rightly so) I opt for authenticity.

I have considered, though not executed, subtitles. This can aid audience comprehension, though can detract from the actual movie footage, a point noted in the literature. Movies are often either subtitled (we were watching the French detective show ‘Spiral’ last evening, executed this way) or have a  totally new, lip-synced voice track in the language of the intended audience. This has, again, pros and cons. Clarity and communication versus embedded (visual) consistency.

After my presentation to the Frome Wessex group on Friday, Barry Hill raised the subtitle issue.

‘Thinking hard about what you were saying about respect. As a linguist and from the respect standpoint, I would have preferred to hear [Sarath] speaking his own language and have the English as sub-titles. Because of first language interference, his English was not easy to understand, particularly with his own ‘Cambodian’ [voice] in the background. It is perhaps also a foreigner’s view that [others] should express themselves in our language. I always, if possible, watch foreign films with sub-titles because the emotional impact can be diluted’.

‘When someone is reading subtitles, they don’t, or shouldn’t, turn off the sound. It is the sound that communicates emotion and nuance. Another thought is that it is relatively easy to change the subtitles into different languages [for broader use of the material]’.

In my response, after thanking him for the constructive critique, I noted that I am continually trying to get the overall translation of my work ‘right ‘ for the Western audience, whilst respecting the Khmer origin of the narrative. This led visually to the Khmer – first text on the images themselves.

On the video, I agreed that subtitles are a ‘classical’ and valid option – and I have not totally ruled it out yet in the final execution. I then went through the logic above.

From an execution standpoint, I’ll relook at the sound balance.

I also talked this through with Ingrid – she speaks three languages fluently, with two others, a little more rusty.

Her thought was that she liked the idea of Sarath telling his own story in his own words to all audiences. She also noted that we have all been surprised at these stories only now coming out as a result of my collaboration with Sarath and his family.

This was a point amplified by Ashley and Gem, when we discussed the issues at the Cromarty webinar. In that conversation, we noted that in listening through headphones, there will be a conscious choice made on the part of the audience – and in that situation, authenticity should be the key.

One can argue though that this kind of ‘foreign mediation’ carries issues of its own, but it does not alter the fact that without the project it is unlikely that Sarath would have started writing down his stories so fully. He had occasionally promised to do so, but only really started to put pen to paper last February (2018), when we were at Cheoung Ek. (Header).

Also, as Ingrid and I talked about subtitles, in a very real sense the very act of subtitling determines the movie to be ‘foreign’, a lens that we tend to view it through, albeit often unconsciously.

We want this to be Sarath’s story first, not foreign first, or adopted in a way to make it overly-slick for an English audience. In fact that is why I am also considering combining Sarath’s video with his Khmer/English voice over of a few of my photographs in the movie for use at the show.