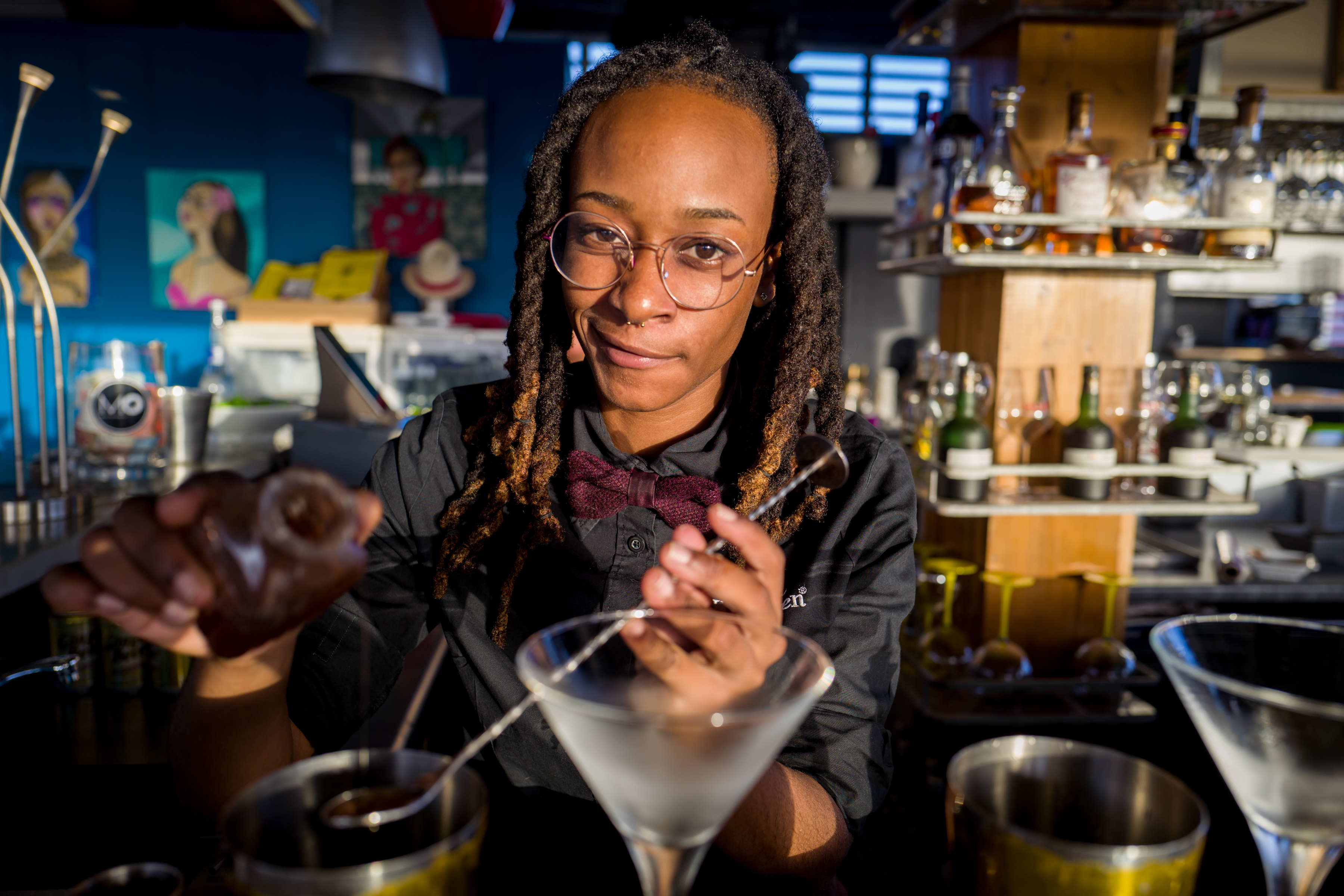 Danny North challenged me to find a local cafe, sit down and make conversation with anyone who sits nearby. Talk to them for at least 15 minutes, get their story, and then take their picture. At least 4.

Well, I was in Martinique, and whilst my French is passable, it’s not great. The business agenda meant I moved around a bit. I also had determined to take portraits with a bit of ‘environmental’ context, rather than in one spot. And all conversations were more than 15 minutes. Images Leica Q, 28mm. Pascal, France, age 54. Pascal is in Real Estate in Martinique. He was born in  Anjou, France, and started in the printing industry – hence his inclination for graphics. Pascal is a photographer, and has a collection of slides of caves.

In conversation, he believes that before buying a house, people need to see it, and not really on VR. We met Pascal at the Paul cafe, in Didier, a very chic part of Fort de France, the capital of Martinique. This was 5 minutes from his office, and where he makes all his calls. Mirko, Italy, age 25. Mirko is a dancer, trained in ballet, jazz, classical and modern – and is on the Tui cruise ship (Marella Explorer / Mein Schiff), on a 6 month contract. But he doesn’t really like the gig. He’s originally from Calabria in Italy, though his name is Russian. It was his second time in Martinique, and he wanted to escape the ship and the people for a little while.

Mirko said he’d never been to London, though will be soon. Looking at my business cards, he promised to find the St Paul’s spot, and send me a pic. He loves B&W photography. We met in the Hotel L’Imperatrice, where he was chasing good WiFi. Scott is from Denver Colorado. I approached him as I wondered if he was with ZZ Top – great beard. Scott told me that he had recently lost his wife of 32 years, and so was now doing his second cruise on his own to see if he can do it (his first cruise was with his wife). He has a daughter, who is 28, and who has a minor in photography. She loves going to Burning Man to see the sculptures.

Scott was on a 10 day cruise, with just 7 hrs in Martinique, and the next stop was Granada. He’s a software engineer for FedEx, and manages their cloud using VM Ware. Oh, and the masseuse on the cruise ship has a thing for his beard 😊 We met on the ferry boat Vedettes Tropicales to Fort de France.

Aurelie is the header image. She is a native of Martinique. She’s 25, and currently works at the amazing  Cloud Bar. Aurelie lives with Mum, and likes to dance. She started work in a burger joint, and then moved on to the ritzy Simon hotel cocktail bar.

Cloud Bar has been open 2 years, Aurelie loves her job and mixes a mean cocktail – we had Nitz.  She’s worked there for one year, and by coincidence her birthday is 25th March.