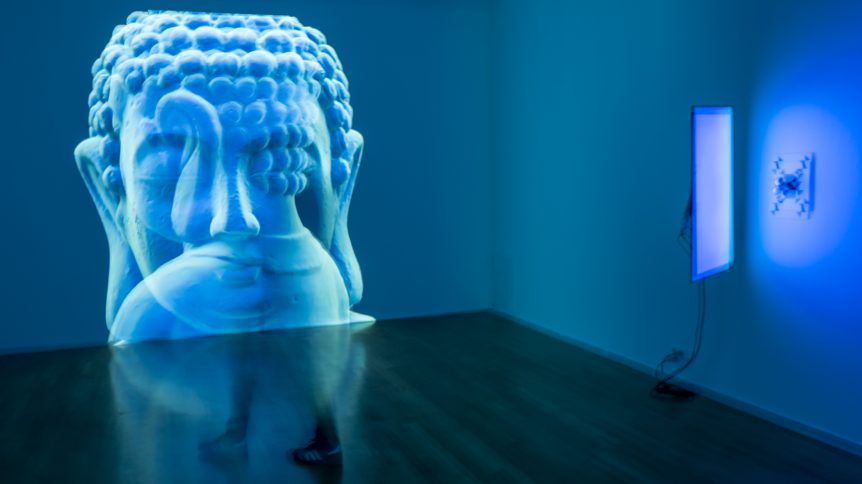 Belated reflection, as we are enjoying a family holiday then a trip to Rencontres d’Arles to meet the Falmouth group.

For many reasons, the Netherlands has always had a special place in my artistic heart. Ingrid and I spent many happy days getting to know each other in the galleries and museums of the country, as well as exploring common tastes (and no so common tastes) in art and photography.

Rather surprisingly, we had never visited Foam in Amsterdam before, so we did this trip. I had seen an excellent Alex Prager show (Sliver Lake Drive) at The Photographer’s Gallery, so it was interesting to share that with the family – and see how Foam treated it a little differently. I found TPG more direct, on point – Foam a little discursive.

What was more novel and thus interesting was Dominic Hawgood’s show. The header is part of his installation. My reflection is about his statement, printed here in full.

In this exhibition, titled Casting Out the Self, Hawgood visualises the effect of the drug dimethyltryptamine (DMT), which he personally experienced as a transfer into the digital realm. His work creates a hallucinatory effect: photographs seem to move, flat surfaces reveal hidden depths, and the perception of space turns out to be an illusion. Hawgood researches and appropriates elements of computational photography into his work, leading into intriguing site-specific installations and sculptural elements that refer to both spiritual ceremonies and the digital rituals of computer graphics.

Through lighting design, Hawgood creates a unique atmosphere that transforms the exhibition space into a twilight zone between physical and digital reality. Hawgood not only pushes the boundaries of the medium of photography but also expresses a highly innovative approach to exhibition design.

It was a good, immersive show, and I will take it at face value that Hawgood knows what DMT and its effects are like. Quite, though, what that has to do with the myriad Buddha images he employs I am not sure – and it is certainly not explained. Surely, one can find Buddha without DMT? Smacjks to me of the 60’s pursuit of transcendental meditation and LSD … a trend I was not immune to, artistically. 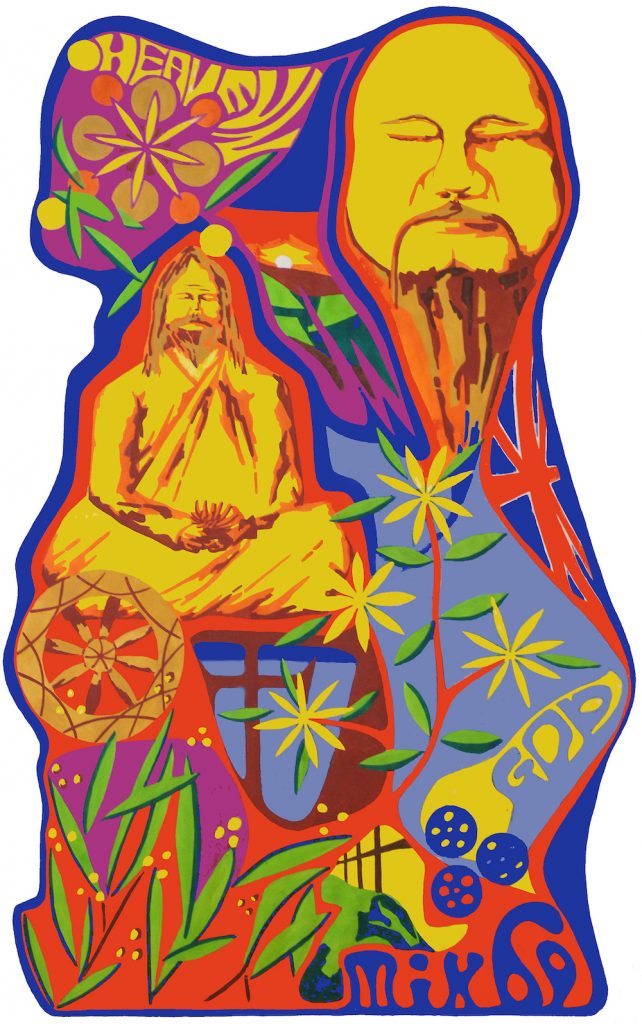 I have noted elsewhere my aversion to nonsensical and pretentious statements from artists, and whilst Hawgood doesn’t totally fall into my pet peeve camp – he creates another issue. His statement has little reference to audience, what he would like people to see, feel and experience. Yes, nice lights. Yes, interesting use of technology.

Yet what actually is the meaning for the viewer?

Now, I am not arguing that audiences must be spoon fed and patronised. I would argue though that some sense of expectation is useful. An artist doing work for themselves is totally legitimate, of course. But when one is preparing a public show, what is in it for the viewer?

It was a good show, but frankly no lighting or computational effect I hadn’t seen before. So it became just a chilled gallery walk on a sunny afternoon.