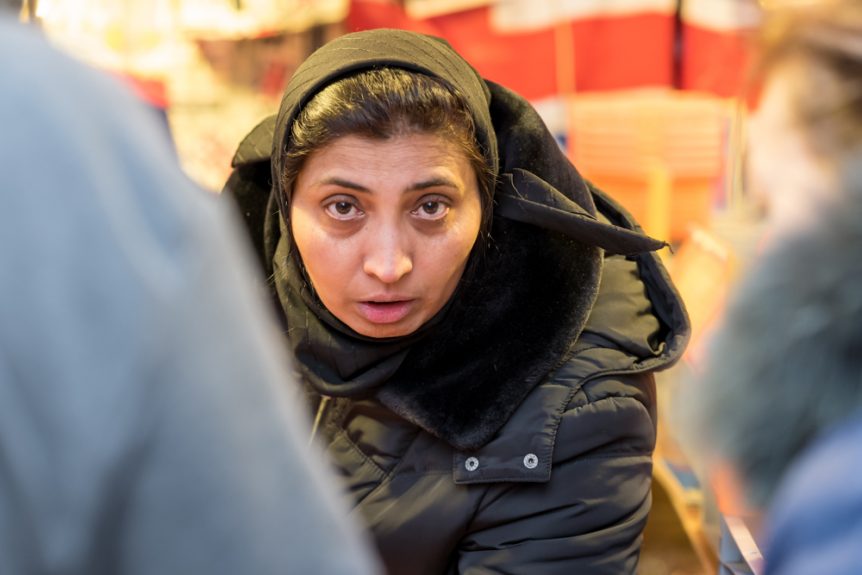 About 5 years ago, I decided to take street photography a bit more seriously. I got involved with various groups (such as the Leica Meet), attending workshops (Alex Webb amongst others), met current leading UK-based practitioners (Matt Stuart, Nick Turpin, Stephen Leslie, David Gibson, Dougie Wallace), attending conferences (such as Street London) and generally got excited

Yesterday, I met up with some friends in London, at the Portobello Market, for social time and a little street shooting.

As we talked, it became clear that, over time, I have become a little disillusioned with the rather ‘one off’ nature of street photographs. Of course, great practitioners such as Dougie Wallace use street to tell stories.

But I think too much of a ‘street meet’ is focused on getting that ‘one shot’, Cartier-Bresson style. And, the Leica religion (‘comparing sensors and lens resolution) not only powers that ethos but also frankly irritates the heck out of me.

So, I decided to shoot with a fairly long focal length lens, and not the normal 28mm or 35mm. I wanted to go for portraits.

And it seemed to work.

The light was fantastic in the morning.

I give street photography workshops these days, and people often ask ‘how to take the sneaky shots’. I do not do that, believing that if you are open and honest about what you are doing, people will either not care or, in fact, will actually engage.

What was of most interest yesterday, however was that we wandered through the social housing estate of Ladbroke Grove. I found this in many ways even more of a fascinating photography challenge than the street portraits. I had nothing planned, and just happened to be there.

Perhaps because I have become increasingly focused on story-telling in this first year of the MA, opportunities presented themselves. So, rather than

People’s loves were on display, just like in any other community. But this one clearly had some deeper story. Why is it partly closed off? Is the council refurbishing, or are people loosing their homes?

And, there was an ambulance, just arriving – although the driver seemed a little disoriented as to exactly he was looking for.

The interplay of light between the ambulance and the last caught my attention. The details of the scene could only be captured in colour.

And, the place was totally deserted. We did not see a single soul.

Yet, like all photographers hanging out with good friends, we still strive for the ‘happy snaps’. This, of Robert Huggins, by the graffiti at the estate.

Where does this all lead?

I think it underpins my determination to think of ‘street’ as another variant of my story-telling, documentary practice. I do not view it as a  rather Cartier-Bresson -esque obsession with creating a ‘decisive image’.

Here’s a gallery of street images from the meet.

Finally, the social side of the day.