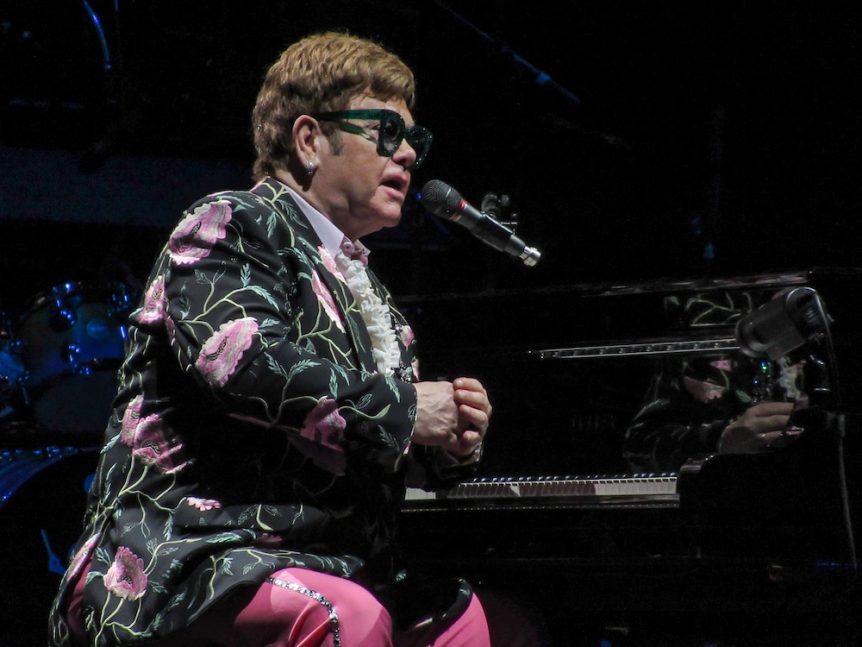 I have separately written on the Lewis Bush Storytelling Workshop, which was really helpful, so I’ll just note a couple of other reflections on a busy week.

It might not seem totally appropriate to the CRJ, but the Dublin list was brilliant, photographically. We had tickets for Elton John’s Farewell Yellow Brick Road tour – it was one of the best gigs we have ever seen (and we have seen a few …).

One thing that was really interesting was how he combined his love of photography into the gig. The header was from the sequence shown during I Guess That’s Why They Call It The Blues. Amongst others, Elton showed the work of Martin Parr, and for anyone that knows the song, the juxtaposition was perfect. Yet another example of how serious photography can appear in the most unexpected of places. 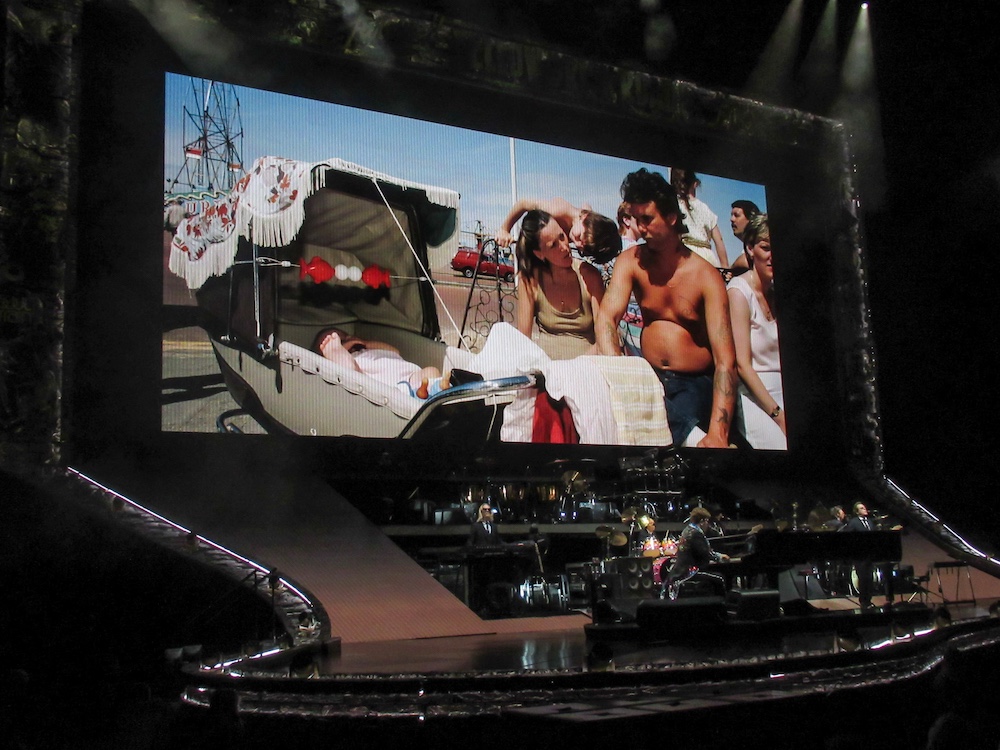 And then Candle in the Wind … 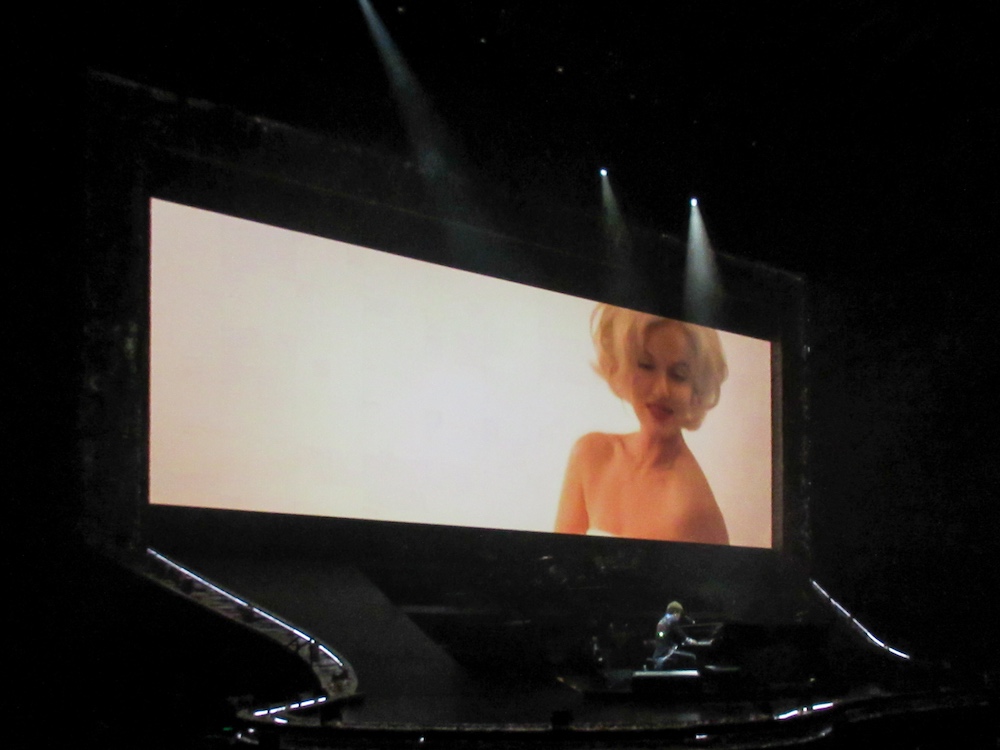 I have Norman Mailer’s 1973 biography, with photographs by Stern, Avedon, Morath, Beaton et al. A beautiful use of music and photography. I am not sure where the images used by Elton came from, but what is quite fascinated is the combination of two icons. The photographer gets forgotten.

On the visit, we also took the time to visit Photo Ireland, the annual festival. The Library Project had an exhibition of Luis Alberto Rodriguez, The People of the Mud, featuring Irish people at work and play. It is a lovely venue, part gallery and part book store. 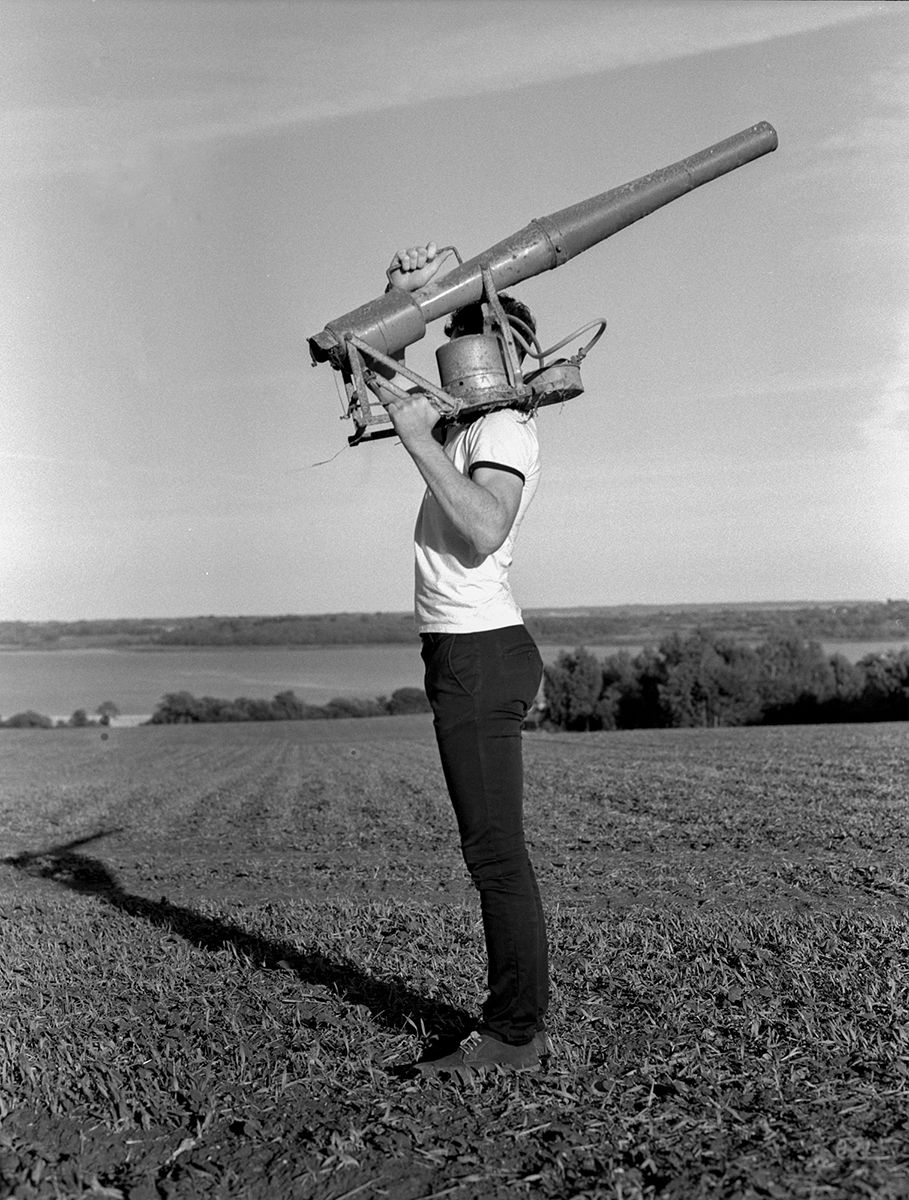 Interesting work, but it left me feeling that he was observing things, and watching people – not really taking a point of view or engaging with the subjects.

By contrast, what was an even more interesting discovery was the work of Liu Zheng. He was a journalist, though for his ‘personal’ work was most active during the mid 1990s onwards, interestingly the time I was also working a lot in China. Zheng’s work is reminiscent of Diane Arbus and Louis Hine, exploring the ‘hidden’ in society, whether the so-called freaks or the exploited workers. 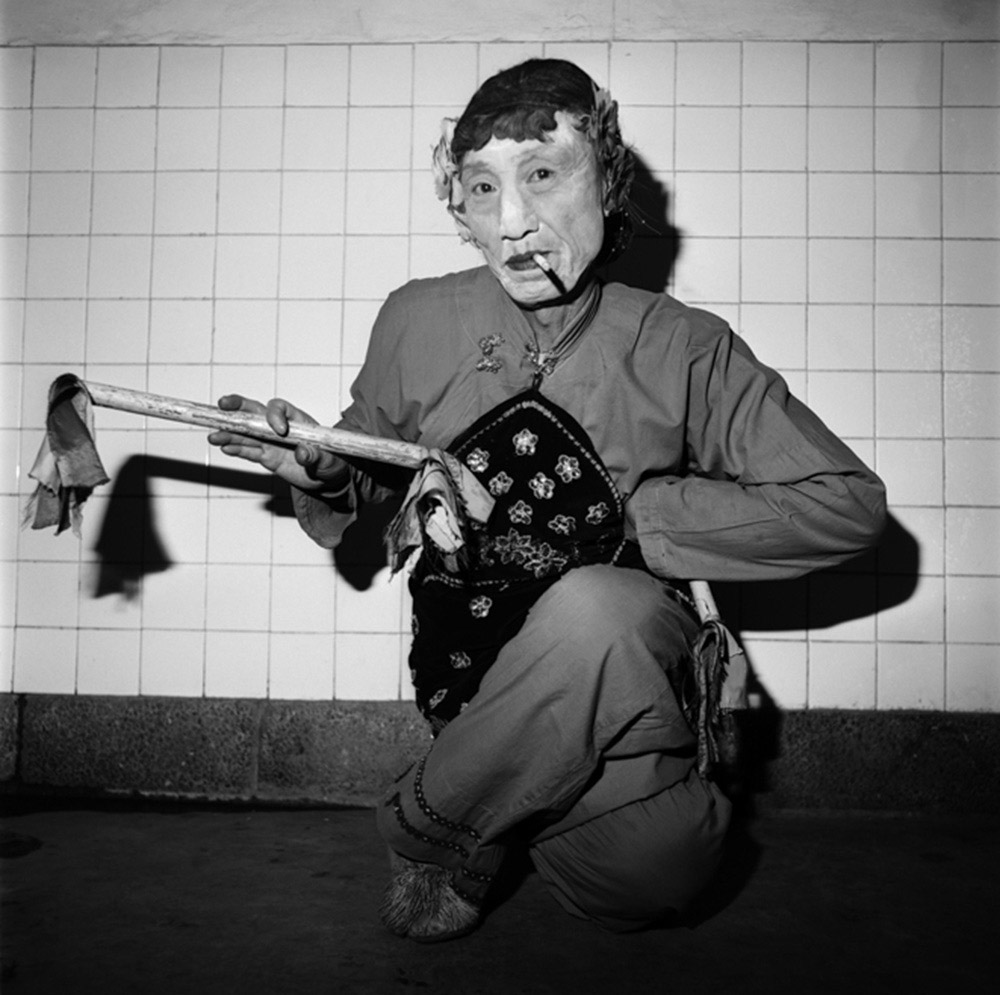 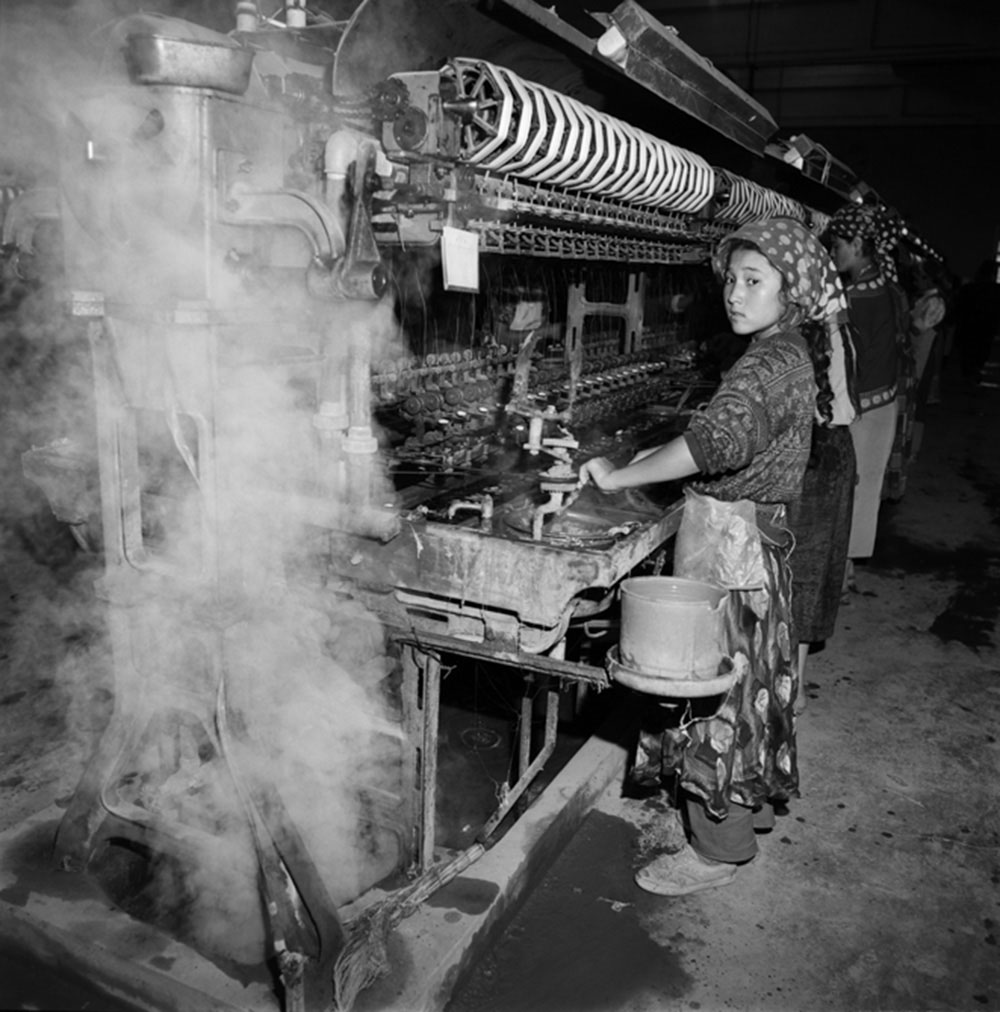 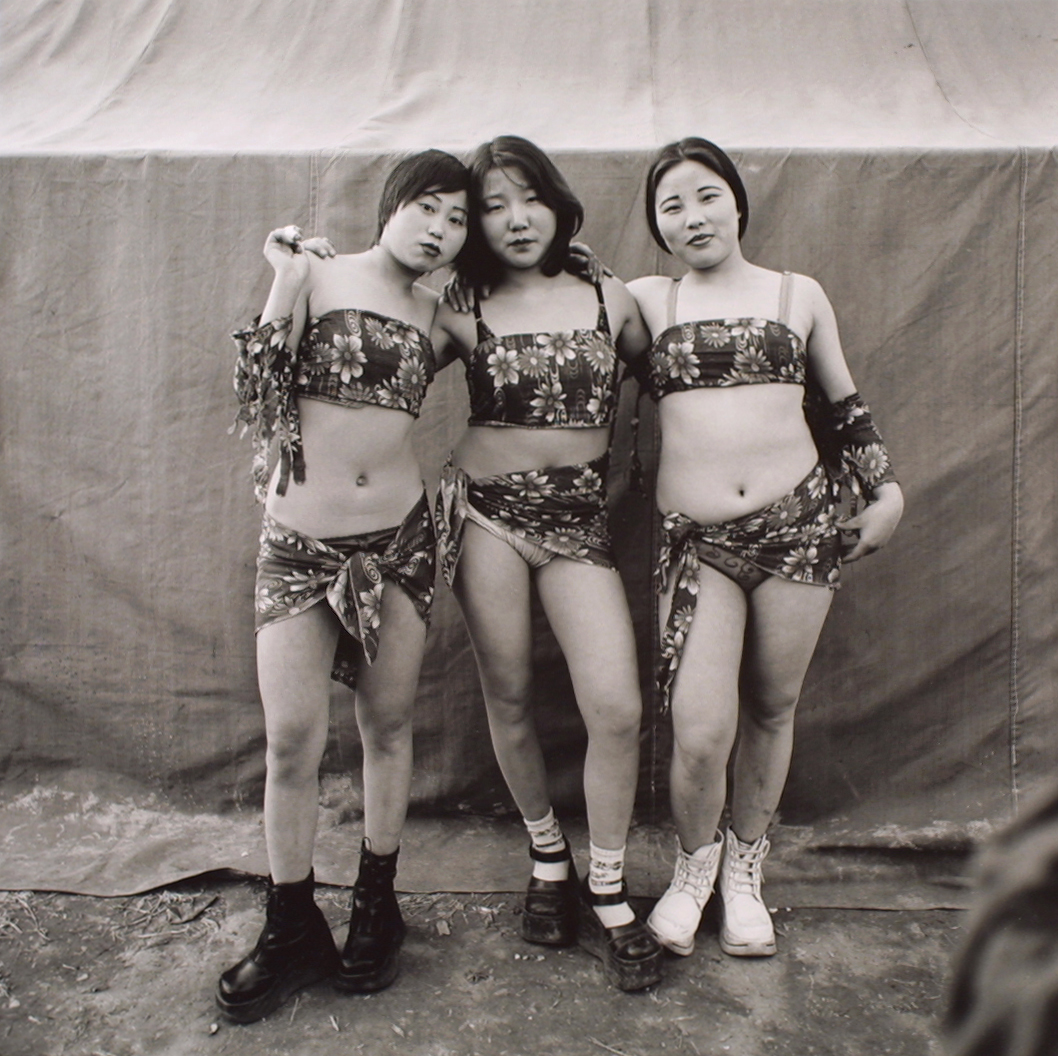 Lovely work, and a snapshot of a China that we very rarely see, as it was developing fast yet still leaving many people behind. To get these kind of intimate pictures in China I would imagine required quite some skill and technique. Inspirational.

I think this might be my photobook of the year so far.