One of the benefits of doing this MA has been to encourage me to question all aspects of my practice. As a lifelong photographer, and a bit of a tech-nerd, I have collected quite a lot of camera equipment, almost all of which I still have.

From quite an early age, I shot 35mm transparency film. My first ‘serious’ camera was a Pentax KX, in the mid 1970s, the heir to the famous Spotmatic. 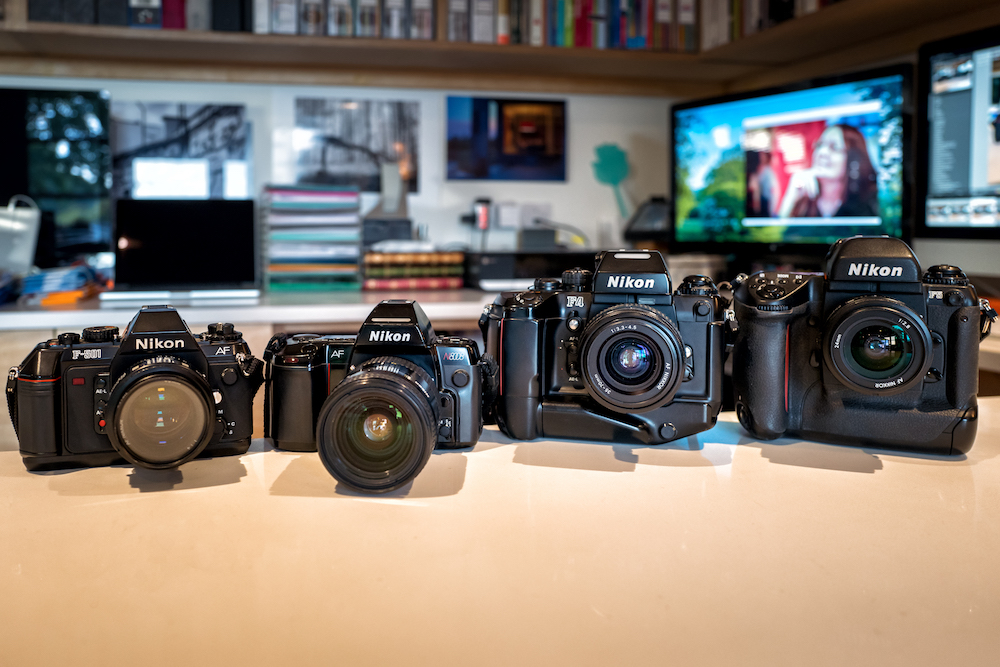 Nikon was my choice for many years, with the F4s possibly my favourite camera of all.

I moved from film to the first ‘professional’ digital camera, the D1, when it was introduced in 1999. This was a 2.7MP APS-C CCD sensor (2000 x 1312 pixels) with a sluggish shooting rate and a  pretty dire battery life. But it delivered some great images and had lovely colour. The D1 was used in the early days of the Cambodia schools project. 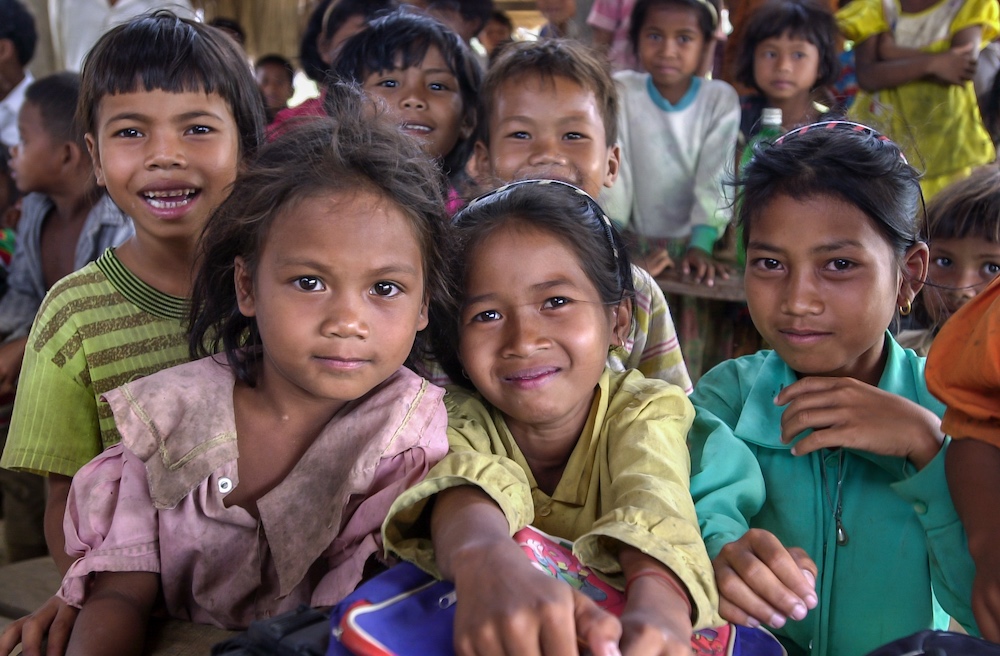 This was replaced a year later by the D1X with 5MP (3008 x 1960 pixel images). As a technical aside, the sensor resolution was lower than the calculated optical resolution in those early days of digital. So the D1x had a 4mp sensor but delivered via software interpolation about 5.3MP. 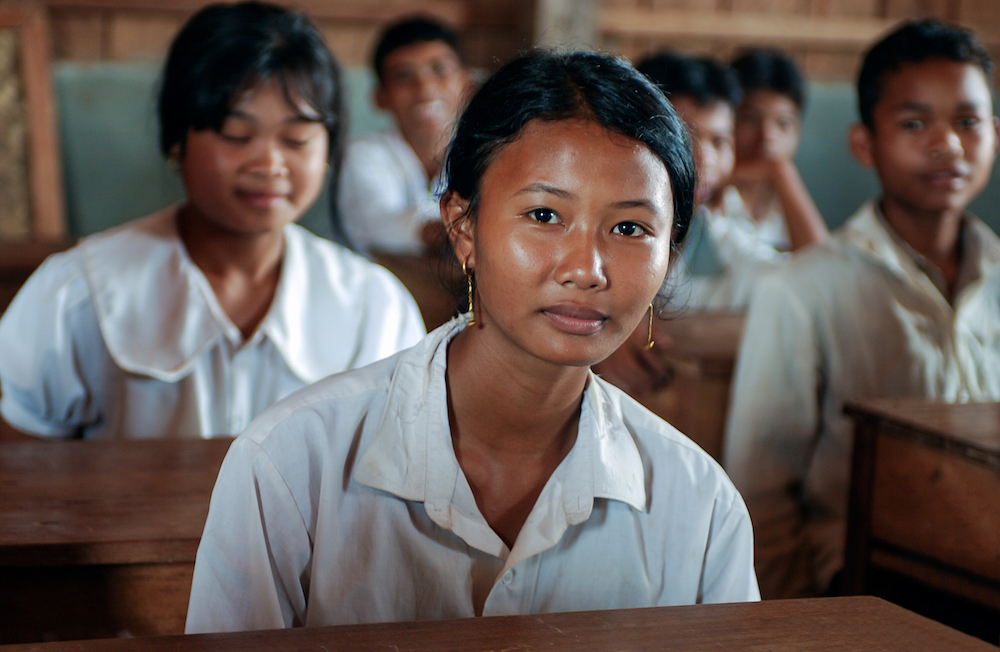 I have successfully printed this image at A3+ size. Whilst perhaps not totally crystal sharp (I declined to over-boost the clarity / sharpness), it delivers a very useable print. In fact I now use it as a reference image.

I started with Leica (the M6) in 2000, to upgrade my film equipment whilst moving to the D1. In fact, our first up-country trip to Cambodia was the trigger for this, as I did not totally trust digital. 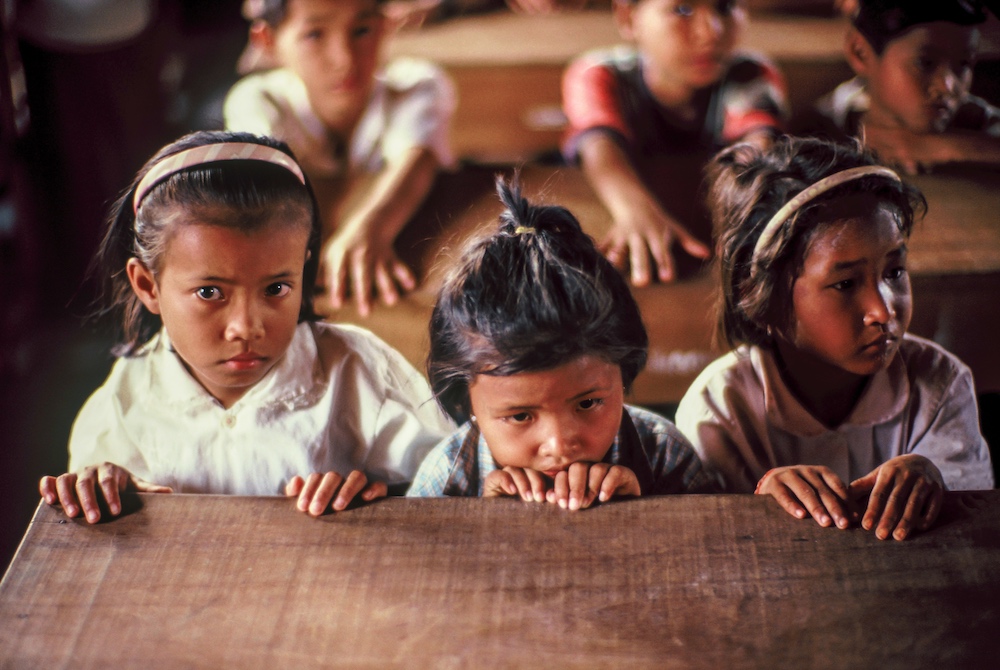 I now tend to shoot Leica for most of my work – Q, M10 and the mirrorless SL, an absolute workhorse of a camera with a 24MP sensor. That said, at a recent wedding assignment I successfully mixed the SL with the Nikon D810 (36MP) with little problem, including with matching colour balance.

I never really got into medium format, although this year bought a mint condition Bronica SQ-A, which is a joy to use.

It is extremely difficult to compare the resolution of film and digital sensors in terms of megapixels – it depends on many factors: ISO, film chemistry and so forth – and even more so when a film image is digitally scanned. As a generally accepted rule of thumb, a 35mm 100 ISO film negative yields no more than 24 megapixels, although a case can be made that a 5000 dpi of a 35mm negative would yield an image of 33 megapixels. 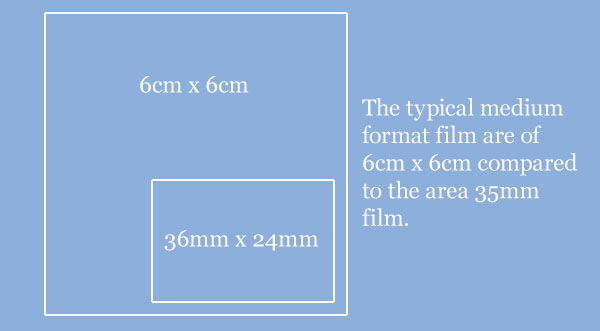 A straight- line calculation would show a 6×6 medium format negative delivering 138 megapixels. Using the 35mm negative equivalent of 24 megapixel, a 6×6 yields 100 megapixels. However you look at it, high resolutions indeed.

That said, whilst we tend to ‘look  down’ on low megapixel digital cameras, there are many other factors that affect final image quality. In this review, I became more interested in the colour rendition. Let’s start with medium format film. 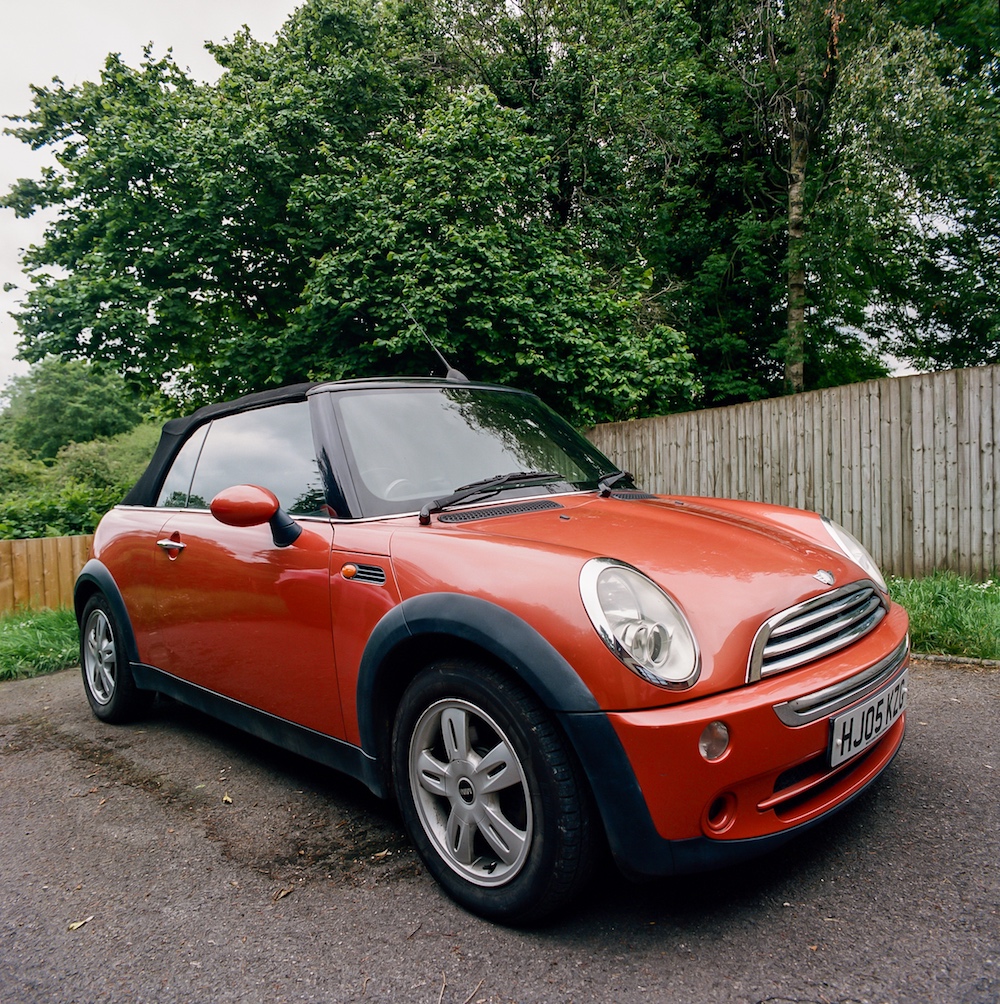 Medium format film certainly delivers! This image was ‘flat scanned’ by Metro Imaging, and converted into a 2400 x 2400 pixel digital file (not in itself a very large file by today’s standards).

I dusted of some of my old Nikon film cameras, shot a few rolls, and am now awaiting the results. I also powered up the D2X, and did some test shooting to compare with more modern digital cameras.

This is hardly an accurate, scientific analysis, not least as the images featured here were shot at different times and in different weather. I shot the digital images with auto white balance and in RAW. In post, I have slightly adjusted all for contrast, clarity and noise as identically as I could, but I left the white balance ‘as shot’.

The Bronica photograph above is a ‘flat scan’ of the negative, which is 6×6 cm using 120 film. 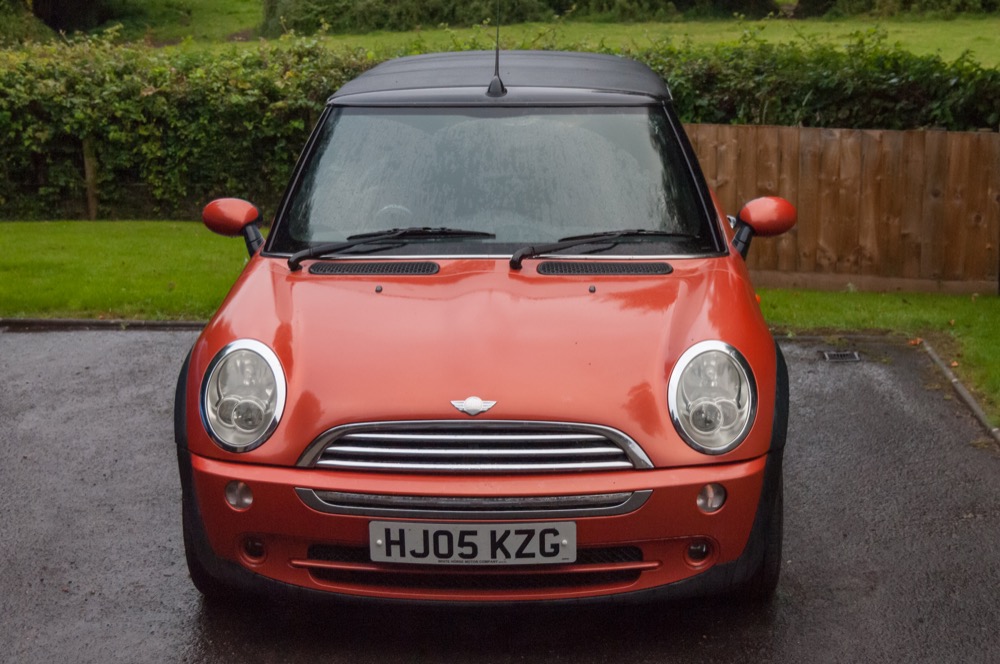 The results are pleasing. The D2X captures raw images at 4288 x 2848 pixels. It seems to me that the colour rendition of the D2X is quite ‘filmic’, very close to the Bronica. I have long held the suspicion that in the early days of digital cameras, manufacturers worked hard to preserve the film colours that we were all used to. Today, flatter colour profiles seem de rigeur. 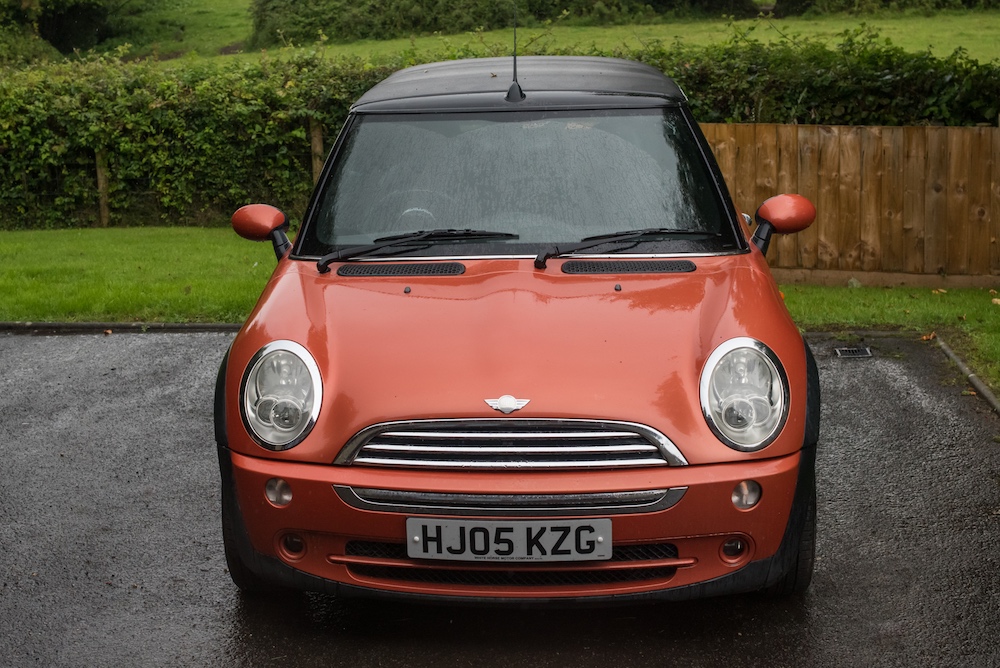 Colours seem very close to the D2X, although with less aggression in the reds / oranges and therefore a slightly more neutral rendering.

I also referenced these with the Leica Q, which captures raw images at 6000 x 4000 pixels. The image is slightly ‘distorted’ as the Q has a 28mm fixed lens. 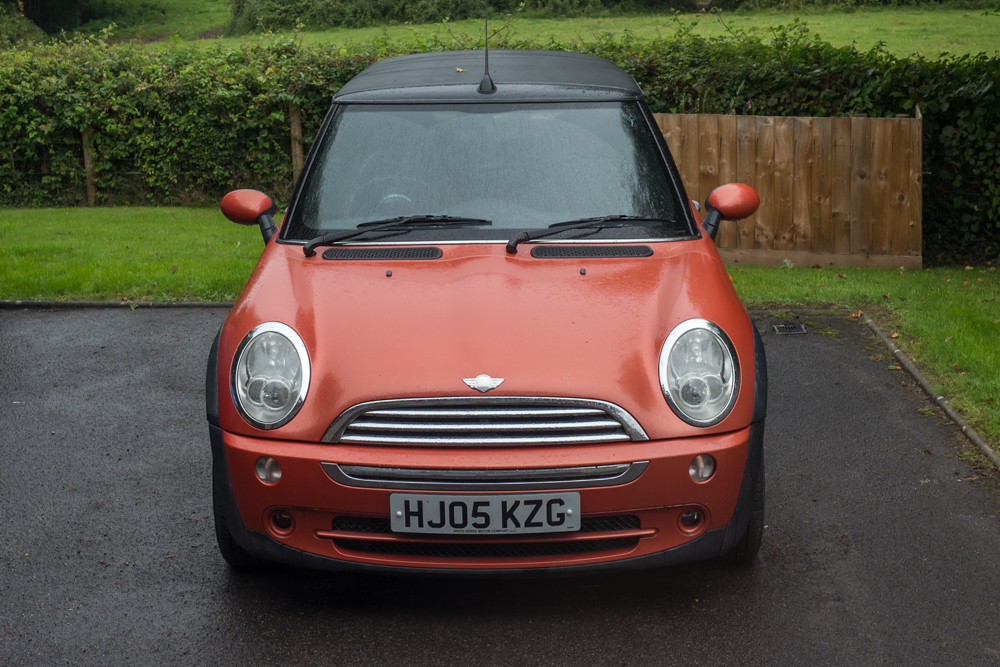 The D810 is delivering a very slightly warmer image (the fence in the background), and the Leica seems to have a somewhat more neutral colour rendering.

And I had to include the iPhone 🙂 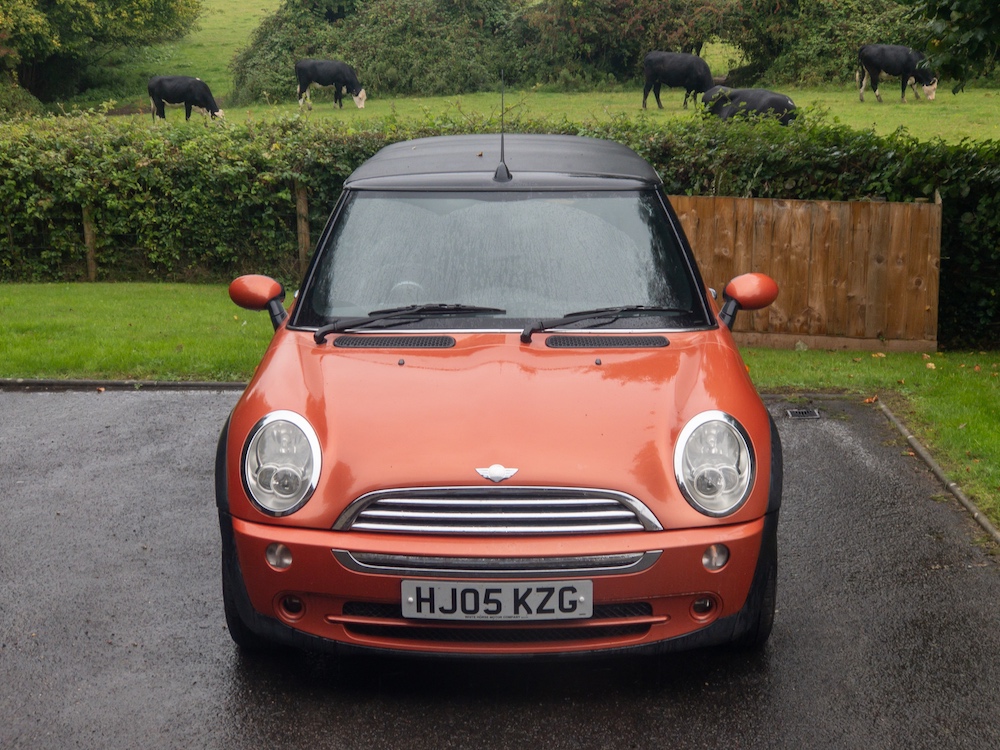 This phone captures raw images at 4032 x 3014 pixels. Pretty good colours, and a very useable image – although more orange / less red, and noise is noticeable. We are all constantly amazed with how far this technology has come.

Of course, with just a tiny amount of processing in Lightroom, the colours could all become very similar – slightly ‘cool’ the D2X and D810, and slightly ‘warm’ the Q.

The perspective is different because the D2X crop sensor increases the effective focal length versus the full wide-angle of the D810 photograph.

Nikon D2X vs. Nikon D810 – both cropped to the same pixel count

The colours are as before. And even at that huge crop, the D810 image is very sharp. Still, the D2X delivers a very creditable result.

There is little question that the Bronica, the Leica, and the Nikon D810 could all deliver much larger prints than the D2X – and than the Nikon 35mm cameras, even my beloved F4s.

But in terms of real world usage, it really does come down to what one intends to shoot and how you intend to present the image to an audience. On social media, it hardly matters at all.

The D2X has a  small ISO range by today’s standards, although it’s arguably more filmic rendering offers some intriguing possibilities. I think the best way to think of shooting with the D2X is to consider it loaded with transparency film.

Ergonomically, the D2X is large and heavier than the D810 – and it is built like a tank. But, like most Nikons, they are both highly intuitive to use, with all controls on the outside and no need to fiddle with the menu during a shoot. It is very easy to swap from a 15 year old camera to a modern one without a pause for breath.

Will this cure me of ‘gear acquisition syndrome’? Certainly it has me reconsidering the Nikons, and it is food for thought. But I just do not know (the Leica SL 2 is imminent with a rumoured 47MP sensor …).