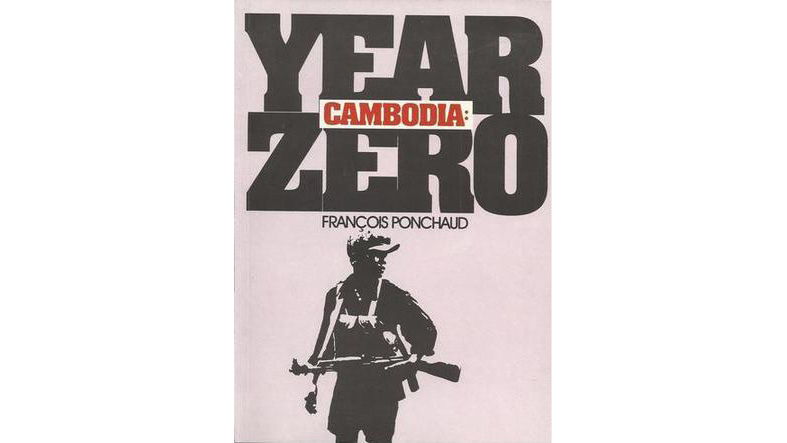 In April 1994, Ingrid and I first visited Cambodia, with our three youngest children. Michala was 6, Victoria was 4, and Dan was just over 1  year old. At that time, we lived in Japan, and had flown into Phnom Penh from Hanoi. We were just tourists, enjoying discovering new places with the kids.

From Phnom Penh we flew up to Siem Reap, gateway to the Angkor Was complex. Today, there is a toll-gate style entrance and expensive tickets. In those days, nothing of the kind. We just got a local guide via the hotel desk, and off we went. It was actually the last day of our trip when we first entered the main Angkor Wat temple complex. We remember that it was a lovely Spring day, with a perfectly blue sky.

Then, “Boom”, a distant but heavy rumble.

What on earth was that, we asked our guide? ‘Thunder” she said, and she refused to change her mind even as we pointed out the totally clear sky!

When we got back to the hotel, Ingrid and wanted to know more. We had read a little of Cambodian history in preparation for the trip, but mainly tourist stuff. At the airport, we picked up a book by a French priest, François Ponchaud, called Cambodia: Year Zero (Paris, 1977). Its impact was profound.

As he was forced to leave Cambodia on May 6th, he wrote:

“At the city limits, the roadsides were littered with abandoned cars, their doors open, some overturned … The outskirts of every town looked the same, like a car cemetery. In the new Cambodia there was no place for the automobile. the gadget of Western consumer society, and symbol of inequality between classes”. (pg. 36)

And a little later in the book:

“The Khmer revolutionaries attach very little value to the lives of any of their compatriots who have not been won over to their cause: ‘Nothing to gain by keeping them alive, nothing to lose by doing away with them'”. (pg. 66)

Here is a passage from our own, later desk research about that time (original here):

Anyone speaking a foreign language was suspect, and often killed.  Doctors and teachers were special targets, as Pol Pot led the Khmer Rouge to create a subsistence level agrarian society, inspired only by fear. There was no shortage of rice – it just was never distributed to the starving population. There was no education.  No administration. Nothing”.

Ponchaud was a missionary who came to Cambodia in 1965. On April 17th, 1975, the Khmer Rouge entered Phnom Penh. He observed the evacuation of the city and later recorded testimony from  Cambodian refugees in Thailand, Vietnam, and France.

Reading his book was something I am unlikely to forget. Some parts of his are account are debated today, but the horror was clear. The net result was the genocide of between 1.7 – 2.0 million people (out of a  population of about 8 million) between 1975 and 1979. It only stopped when the Vietnamese invaded the country after some prolonged border skirmishes between the two countries.

Naturally we continued to research, and read more books. The work of David Chandler, an American Historian, was especially helpful.

Apparently there were two areas of the country which had remained under Khmer Rouge control since 1979. Occasionally the KR and the Royal Cambodian Army exchanged gunfire. At Angkor Wat, we had heard the sounds of distant artillery shells, as the KR controlled an area to the west and north of Siem Reap, bordering Thailand.

After Pol Pot’s death, the Khmer Rouge areas were absorbed into the rest of the country, though the KR leadership (some of whom we subsequently met) were left in place – these areas were known as the Reconciliation Areas, and that is where our school program started. More about that elsewhere.

So how has all this influenced my photography?

I have always taken pictures, though without any early formal training. And, whilst I have always been drawn to ‘people pictures’, I have to admit that most of my work happily fell into the ‘tourist travel’ category.

When we started reading more about Cambodia, there weren’t too many photobooks around, other than ‘Angkor Wat’ glossies. We were getting our information from Ponchaud, Chandler and their contemporaries – and the news, from journalists like Nate Thayer. I have always had an academic bent, but have never really been into history, until we started researching Cambodia.

I also went back to the series of Time Life photography books I have from the 1970s. Previously, I admit I had just cherry-picked items that I thought could help me take pictures. But this time I did start studying the photographers themselves, to try to get more inside what they were photographing and why. It also led to me starting to buy a few photo-books, something I honestly hadn’t done much of before.

Reading and understanding the history really made me very conscious of wanting to do a decent documentary photography  job when we first visited the Reconciliation Areas. I had just got my first big Nikon digital, the D1, and decided to upgrade my film camera at the same time – buying my first Leica, an M6. The Cambodian trip was definitely the reason for the latter. I still didn’t totally trust digital ..

Looking back, I can see the work I did was still a bit superficial, hence my now wanting to revisit the story photographically. Whilst the earlier stills work was a good start, I also want to examine using other media – movies, words and possibly poetry.

I think we can blame an artillery shell and a book by a French priest for starting off my documentary photography journey!